In a city as old as London, the city streets have seen a lot of incredible, bizarre, and scary things. London is home to amazing historic architecture, but these beautiful buildings come with some baggage. In addition to historical places, the UK’s capital is also famous for mystical ones. London hides more spooky skeletons in its closet than any other city on Earth. We will show you the best haunted fortress, hotel, townhouse, prison, and the pub, scary tunnel, bus, and tube stations. After the stories of which, you will feel as if there is no quiet place anywhere in London. These attractions can be visited all year round.

Our bone-chilling collection of spooky places will show you the dark side of beautiful London. And is perfect if you are looking for haunted places to visit in London. Do you have the courage to explore all of them?

1. The Tower of London 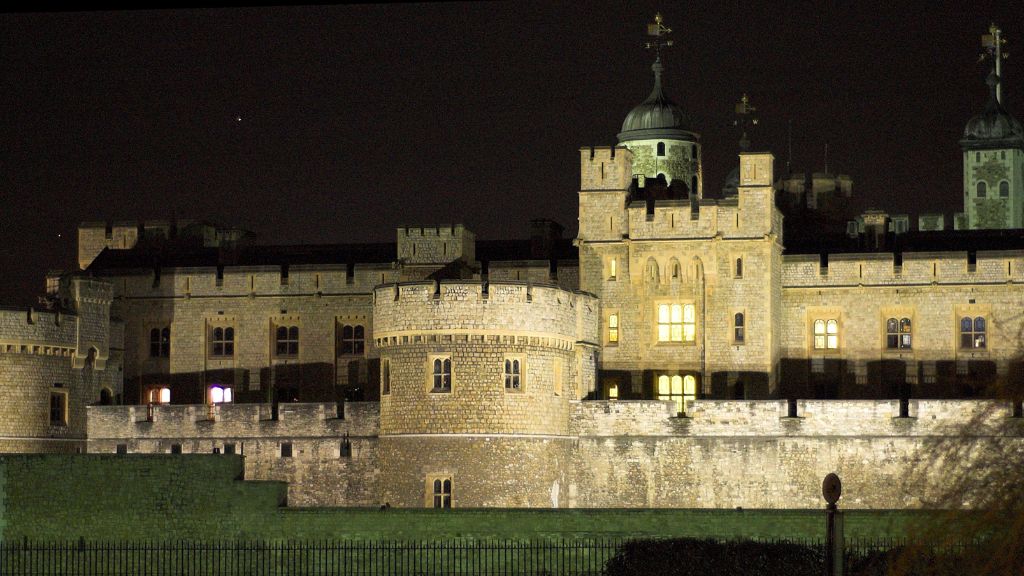 The Tower of London is not only the main attraction of the UK but also the most famous haunted building in Britain, and one of the most haunted places in London. So many famous and not so famous people were executed here that it simply could not help but become the main haunt of ghosts. The Tower is considered one of the oldest buildings in England. The Tower of London was built during the reign of William the Conqueror. Many noble ladies and gentlemen spent their last days in his prisons, apparently, they did not want to part with their lives, and now and then they return to these gloomy walls. One of the most frightening parts of the fortress is the White Tower, since it housed not only prison cells, but also torture chambers.

You can often see ghosts walking in the Tower of London.
The first ghost of the Tower was the evil ghost of Thomas Becket. The Archbishop of Canterbury, appeared in front of the workers, who were building the inner wall of the fortress, and he turned the wall into a heap of rubble by hitting it with a cross. King Henry III, decided to build a chapel within the walls of the Tower of London in order to calm the ghost.

Countess Margaret of Salisbury, who was beheaded here in the Tower of London regularly terrifies the guards of the Tower. Her death was terrible – the executioner managed to cut off her head only on the third attempt.

Anne Boleyn, the second wife of Henry VIII, who was beheaded in the Tower of London in 1536, was buried under the altar of the chapel next to the Tower. Eyewitnesses claim that the spirit looks more than intimidating. The ghost wanders through the ornate corridors of the dungeon with her head in her arms. There is even a song about the ghost of Anne Boleyn. 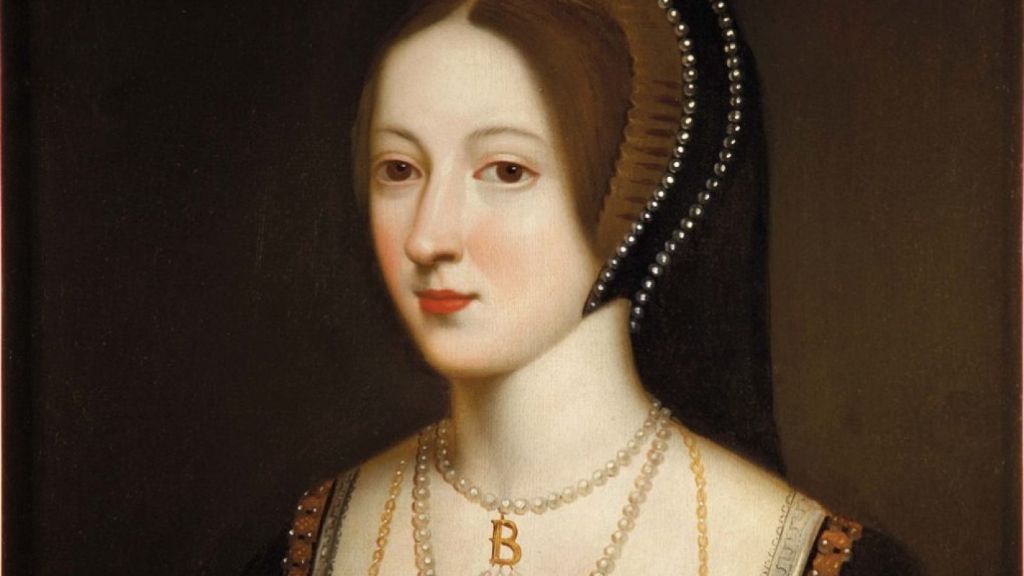 Tower of London on Google Maps

If you are looking for all the attractions of London gathered together, then get prepared for the most attractive places to visit in London with our plan designed by a Londoner! 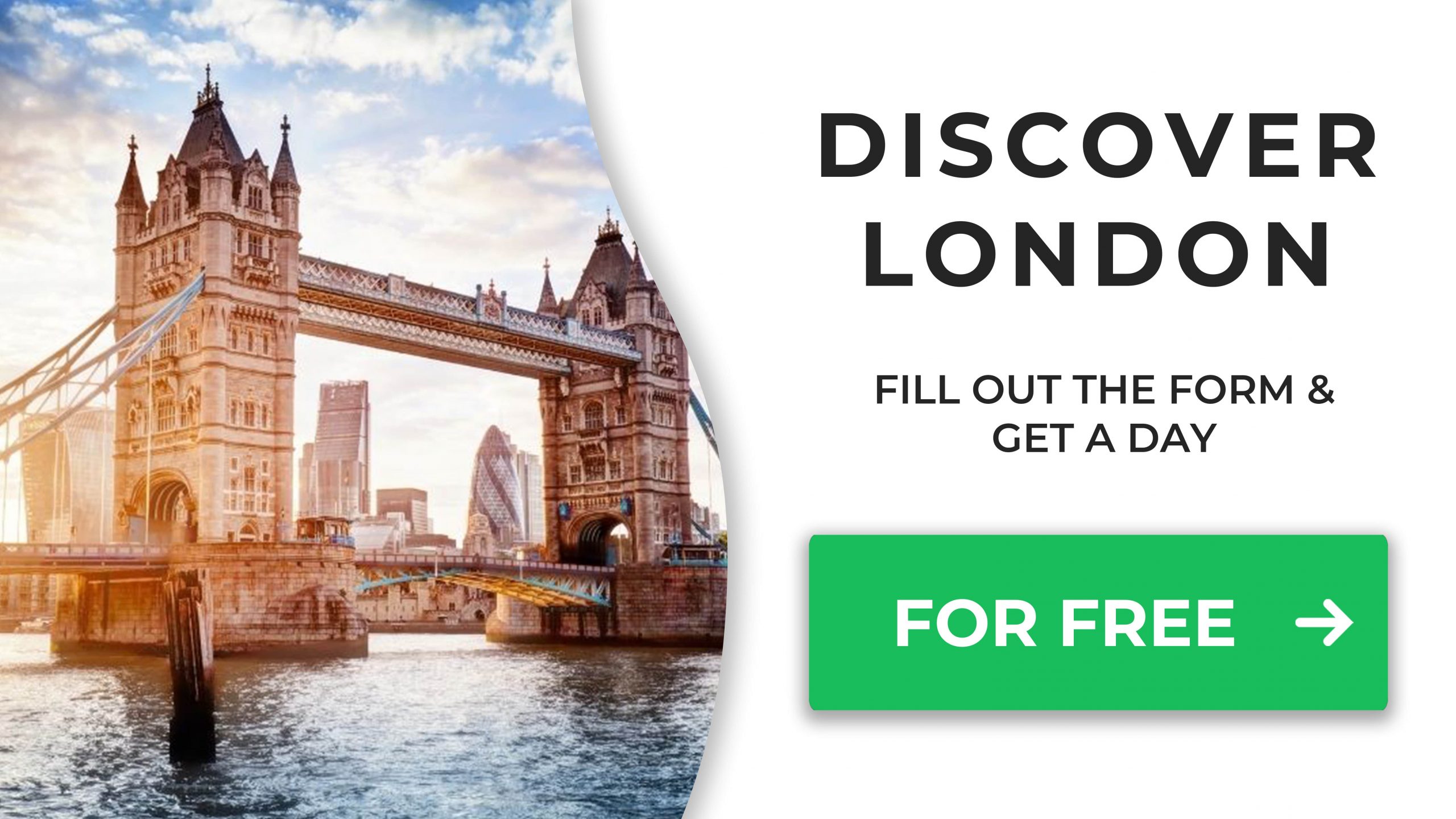 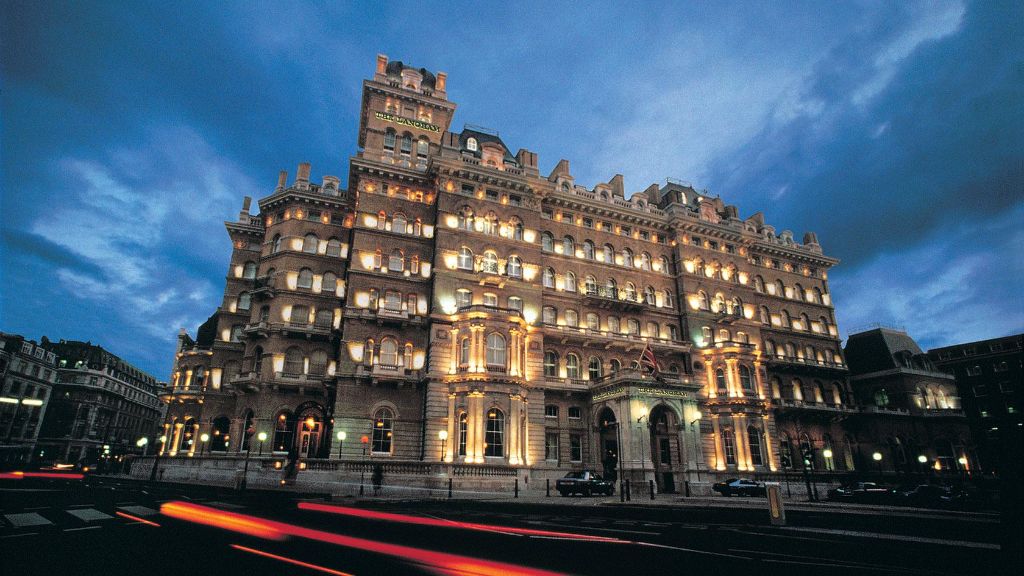 The Langham Hotel is the most haunted hotel in London. The Langham was Europe’s first Grand Hotel, it opened in 1895. Langham Hotel London has hosted Oscar Wilde, Mark Twain and Winston Churchill. However, it has become increasingly popular after strange goings-on began taking place in the hotel.

There are not one but several ghosts in the hotel. A German prince who jumped out from the fourth-floor window, Napoleon III, who spent his last days within these walls, is haunting the basement, and a doctor who killed his wife on their honeymoon and then took his own life. It happened in room 333. Many brave travellers made a long road to encounter the ghosts of the hotel. If you also want to spend a night in this haunted hotel, visit their official website. 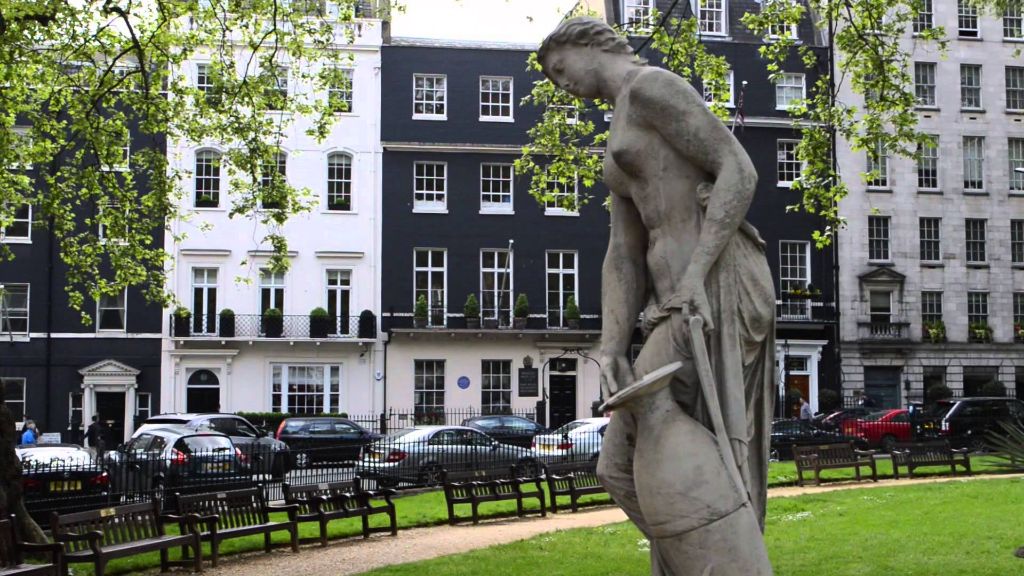 Perhaps London’s most famous haunted house is located in one of the most fashionable areas of London, in Mayfair. This London haunted house was built in the 18th century and externally is not much different from the nearby buildings. Mansion at 50 Berkeley Square received a truly creepy reputation after a series of unexplained incidents blamed on Thomas Myers, who settled there in 1859. A young man grieved over the woman who rejected him. Seized with melancholy and depression Myers moved to the attic room. He was suspected of conducting occult rituals. During his lifetime, he was walking around the house with a candle in his hands uttering creepy groans thus frightening the neighbours.

According to one of the legends, a young girl, who lived in this house before Myers, jumped out of an upper floor window in order to escape the harassment of her uncle. Another legend says that a little girl was killed in the attic. According to another legend, a young man died from exhaustion and insanity locked in the attic. The ghosts periodically appear to the inhabitants and the guests of the townhouse either in the form of a brown fog or in the form of a white female figure.

The haunted townhouse on Google Maps 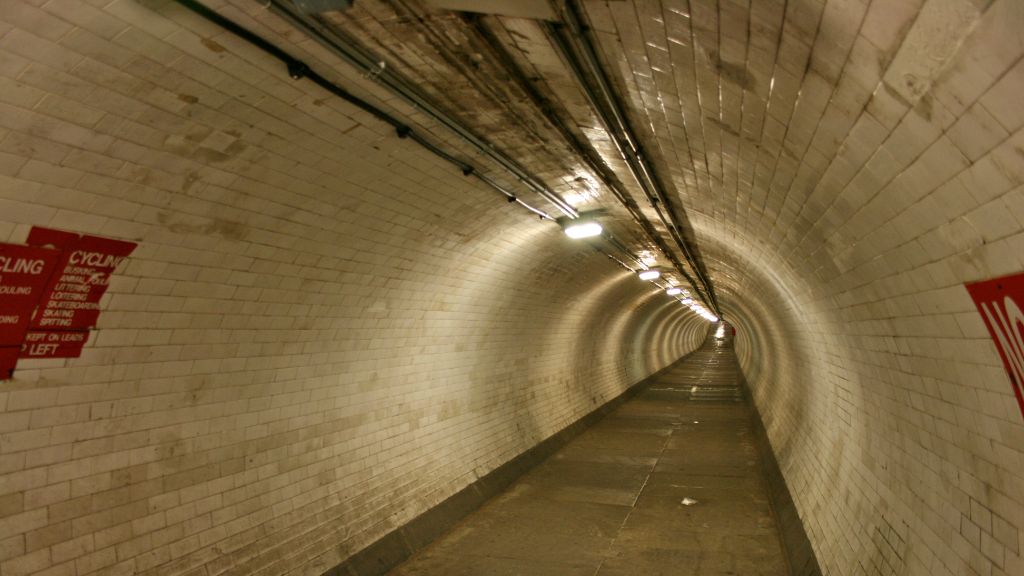 The Greenwich foot tunnel is an underground tunnel that runs beneath the Thames and connects Greenwich to the Isle of Dogs and is one of the London scary attractions. This public tunnel opened in 1902 and is 370-meters long.

Even though there are no known ghosts pacing this tunnel the Greenwich Foot Tunnel is a scary place, especially if you have to walk through it at night. This dimly lit tunnel’s strange atmosphere makes its passers-by often complain of a feeling of a certain discomfort. Insufficient lighting, leaky ceilings, and the echo of footsteps scares the hell out of every person, walking by. 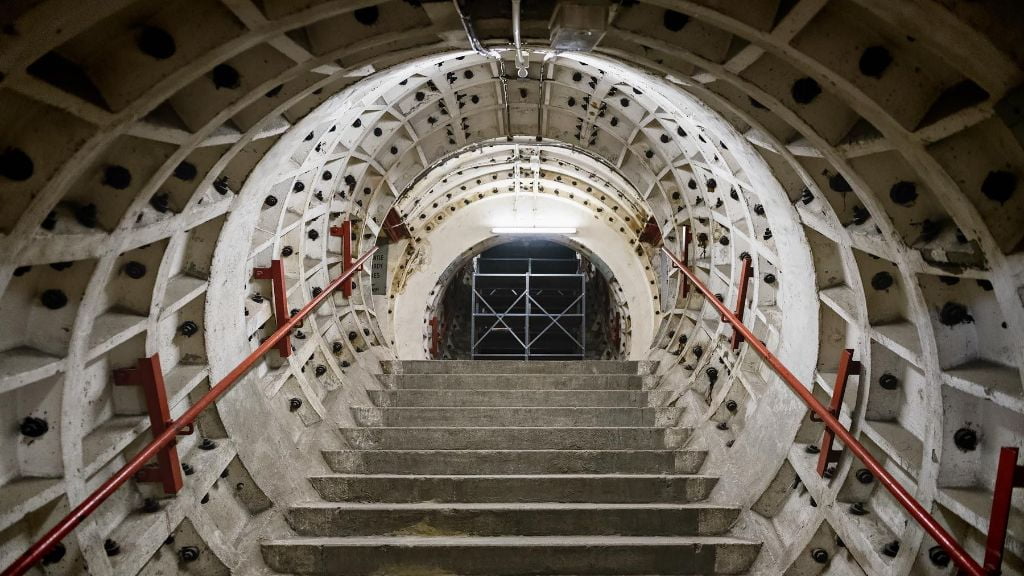 Going on the tube is a usual thing in every Londoner’s life. But there is something about an abandoned underground station that will definitely become a mysterious experience.
London Transport Museum is hosting exclusive, private tours of London’s abandoned Tube stations. They were closed off to the public for decades before the London Transport Museum reopened them, and now you can explore ‘forgotten’ parts of the Tube network.
A lucky few get a chance to listen to stories of secret sites and disused stations right across the capital during different tours led by experienced guides.

There are several tours. Most of them are available on multiple dates usually from Wednesday to Sunday. But some are available only one day. So hurry up, and get your ticket if you are wondering about the secrets and hidden corners of the network.

In case you are a fan of mysterious tours and a fan of Harry Potter, check out our Everything You Need to Know About London Harry Potter Tour and go on a journey to find ghosts from the wizards’ world. 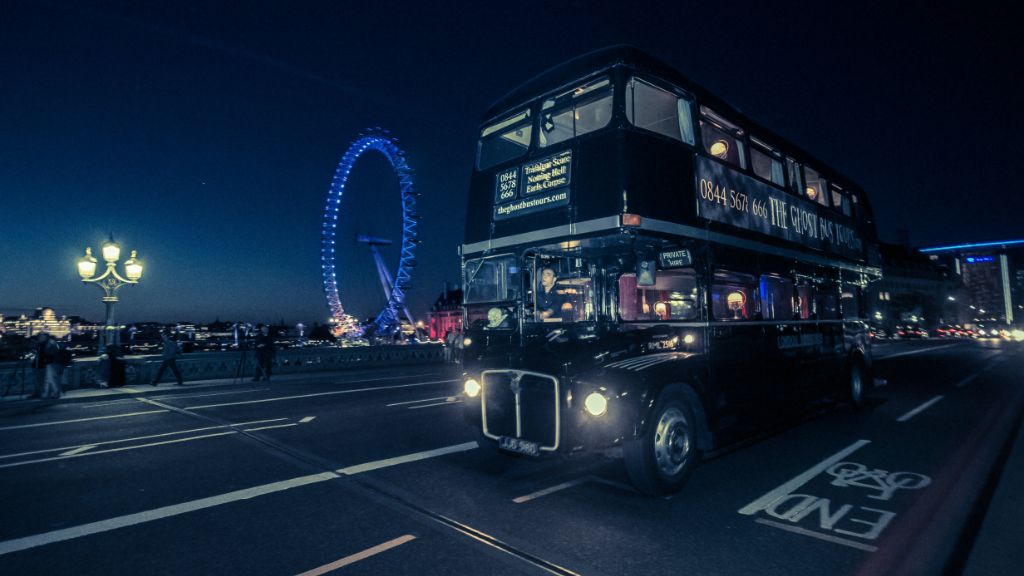 The Ghost Bus Tours by the London Necrobus Company offer spooky sightseeing around London. Take a 1960s Routemaster bus ride to the dark side of the capital to learn about the ghosts and the grisly skeletons of London. Theatrical sightseeing tours are designed to both entertain and educate while providing an unforgettable comedy-horror experience.
During your spooky journey, you will see the Tower of London, St Paul’s Cathedral, Westminster Cathedral, and The Houses of Parliament.

The tour starts from 8 Northumberland Avenue, near Trafalgar Square, daily, and lasts approximately 1 hour and 15 minutes. 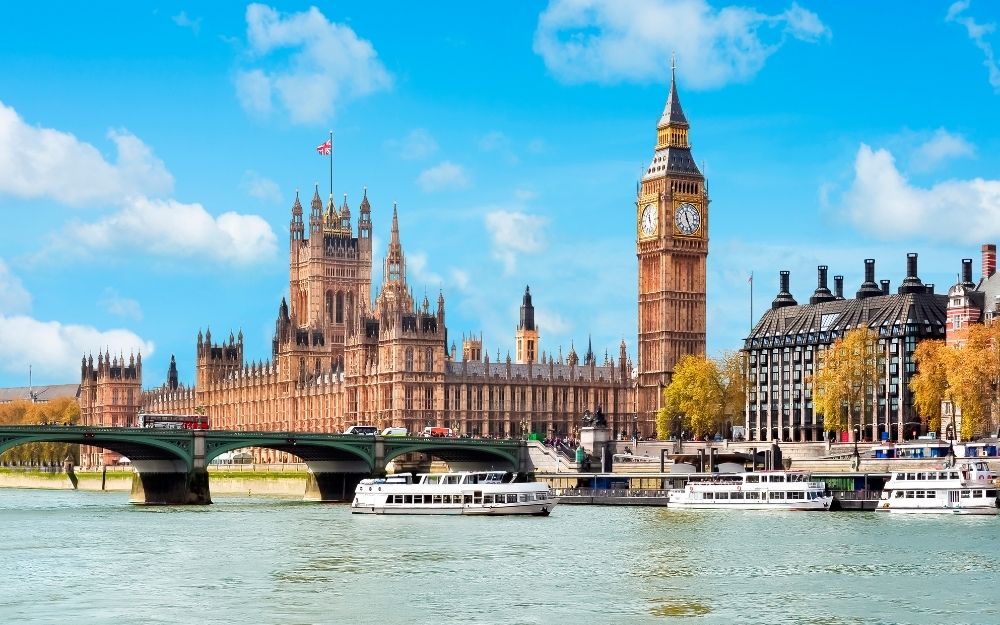 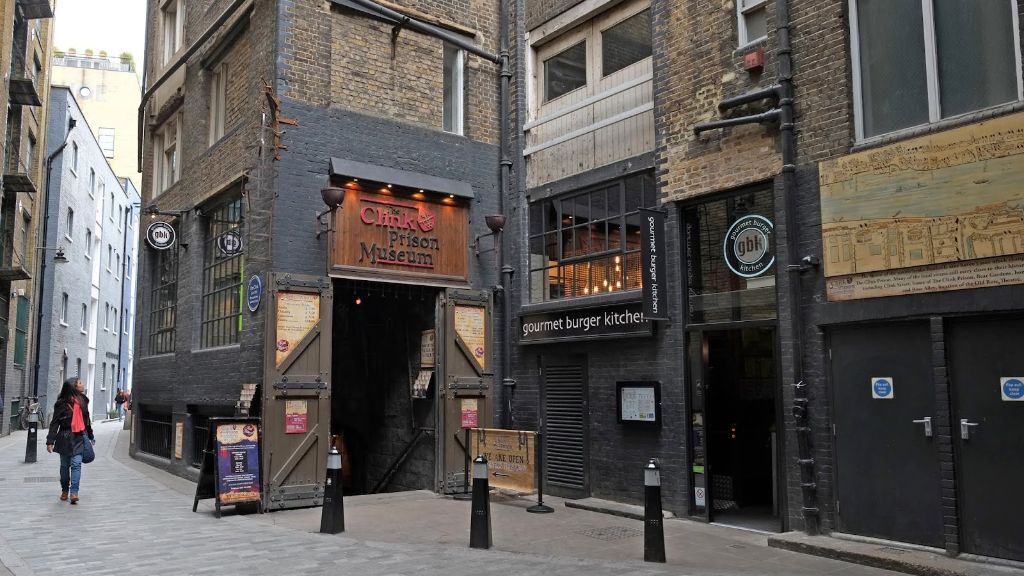 Clink prison, first established in the 12th century, is one of the oldest prisons in the UK. It is also often referred to as “the prison with the worst reputation”. It is believed that the prison’s name comes from the clanging sound of the slamming doors of the prisoners’ cells.

Clink Prison housed numerous criminals who underwent the most gruesome tortures. Today, it was turned into a thematic museum, where anyone can learn about the fate of various inmates or even try the torture instruments.

The museum also offers fright nights, where you can meet resident ghosts exploring the spine-chilling grounds.
Clink Prison Museum is open all year round, 7 days a week from 10:00 to 18:00.
You can buy a ticket to the museum at their official website. 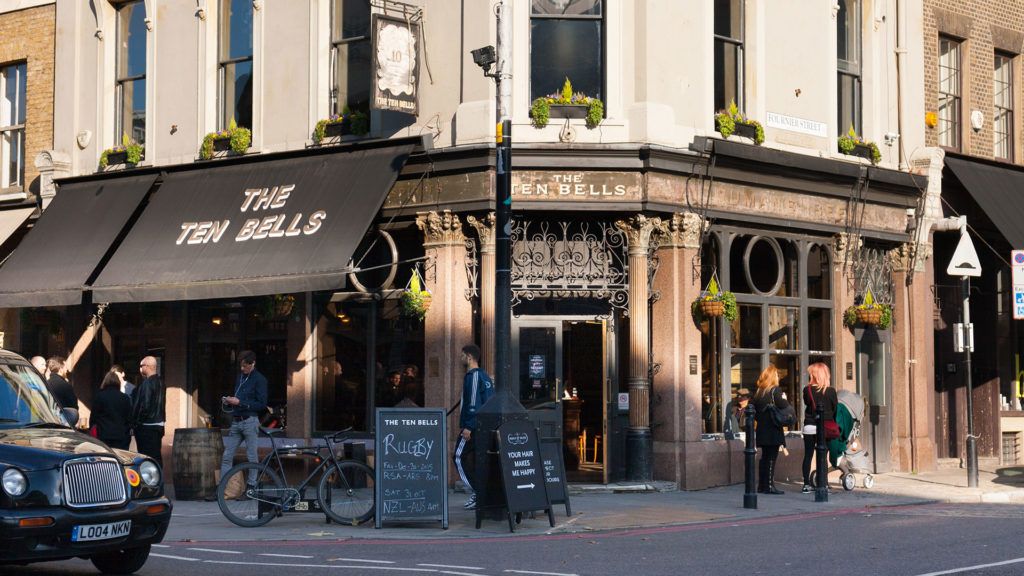 Jack the Ripper’s famed local bar, The Ten Bells, has a horrifying past. It is one of the most famous haunted places in London. Two of his victims were linked to the pub. Annie Chapman had spent her last evening there before being murdered in 1888, and Mary Kelly was outside the pub. The staff of the pub said that the place was taken over by the ghost and has been haunted ever since. The staff and the guests of the pub believe that this is a ghost of Annie Chapman and report numerous poltergeist activities.
If you want to plan a party at this haunted pub, visit their website.

The Ten Bells on Google Maps 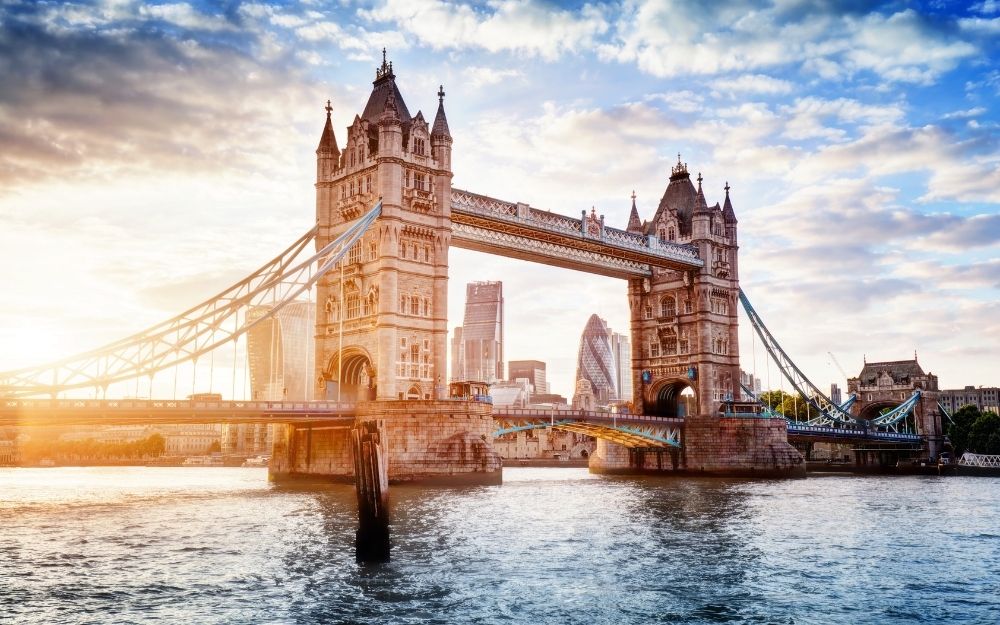 Travelled a lot, but found my forever home – Antalya.