Why Turkish Food is Good? 6 Traditional Dishes You Must Try

Turkish cuisine is a fusion of flavours that has something for everyone. So, what’s the deal with its current popularity? It’s because traditional foods are full of healthful ingredients and rich flavours, which are frequently complemented with aromatic herbs and spices. As a result, there is nutritious, economical cuisine that is also satisfying. In this blog article, we will discuss several typical Turkish foods in general. If you’ve ever wondered what the advantages of eating Turkish food are, keep reading! 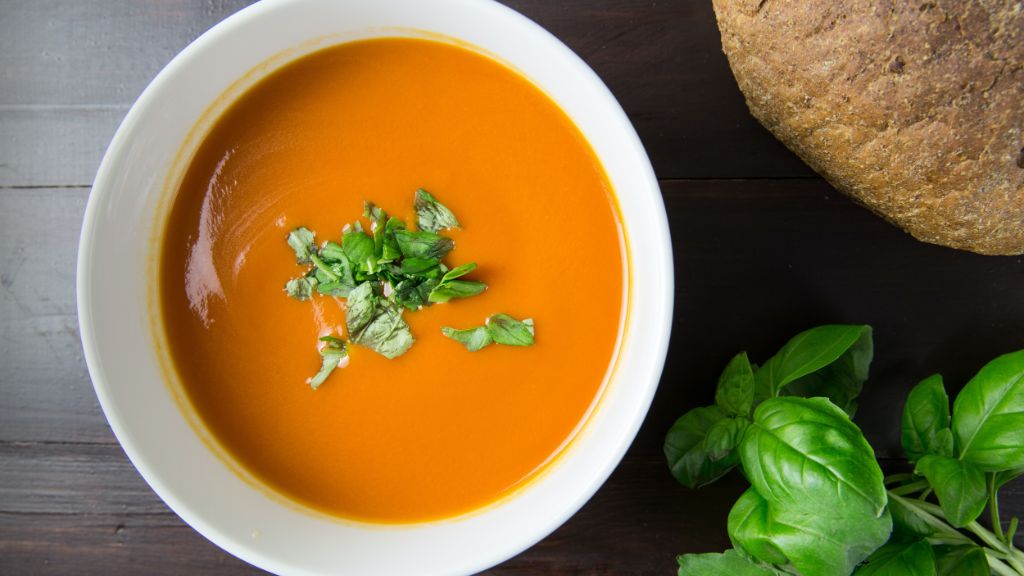 Soup recipes vary widely in Türkiye, as they do in most other cuisines. Legumes, grains, meat, and vegetables are the most prevalent ingredients in these meals, which are often served at the start of the meal. Some of Türkiye’s most famous soups include:

– Turkish lentil soup: Prepared with red lentils and seasoned with spices like cumin and paprika, this substantial and nourishing soup has a warm flavour.

-Turkish barley soup: Prepared with barley, tomatoes, and herbs, this soup is frequently offered as an appetizer in Turkish restaurants. It’s incredibly healthy, high in fibre and protein, and low in calories.

-Turkish bean soup: This bean soup is a popular meal in Türkiye and other vegetarian-friendly parts of the world. It’s cooked with various beans and vegetables and seasoned with spices such as oregano, paprika, and cumin. 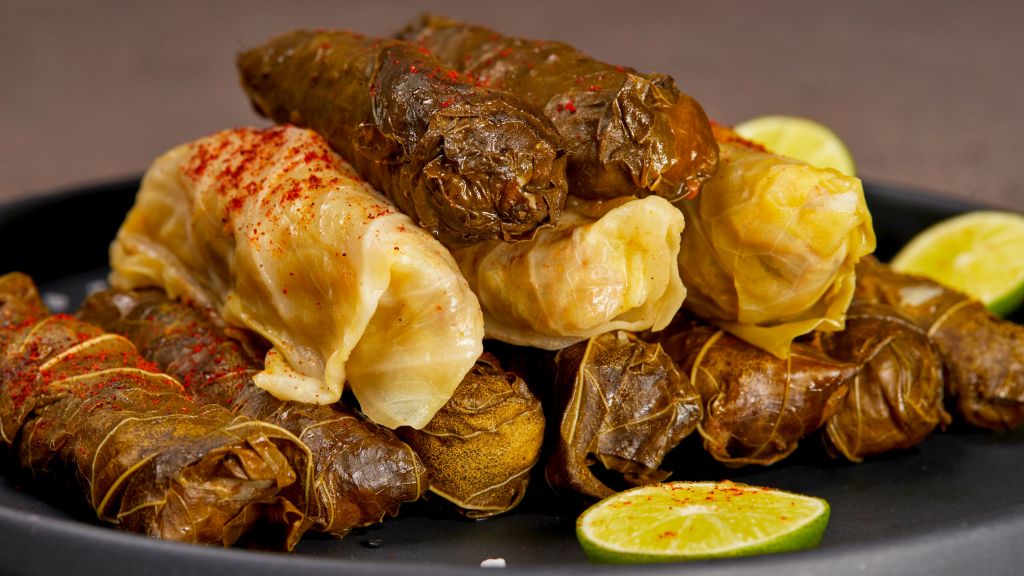 Dolma, also known as sarma, is a famous Turkish meal. It’s created using veggies that have been packed with rice, herbs, and spices and wrapped in grape or cabbage leaves before being baked or cooked in a saucepan. There are several sorts of dolma, each with its own colour and flavour, such as red dolma and beet dolma. Dolma is typically served as an appetizer when fashioned with grape leaves, whereas cabbage leaves are used to pack vegetables such as peppers and tomatoes. 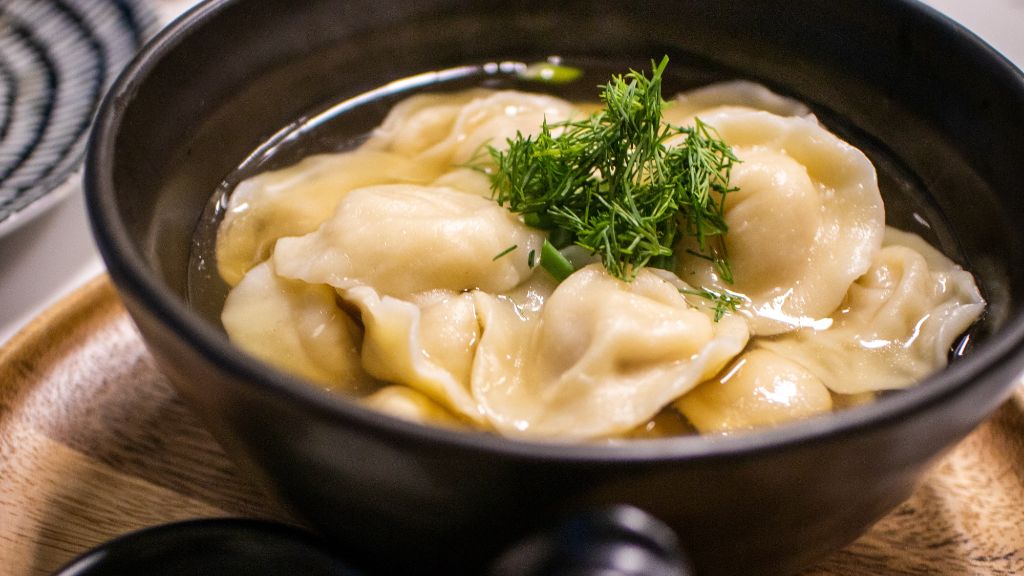 Mantı is a famous Turkish dish that can be served as an appetizer or as a main course. It’s often eaten with yoghurt and sour cream and is made with bread packed with meat and seasonings. Mantı is one of Türkiye’s most popular vegetarian meals. Mantı is produced by filling the dough with herbs and spices and then steaming or baking it. It’s commonly served with yoghurt or sour cream and occasionally with red pepper and tomato sauce. 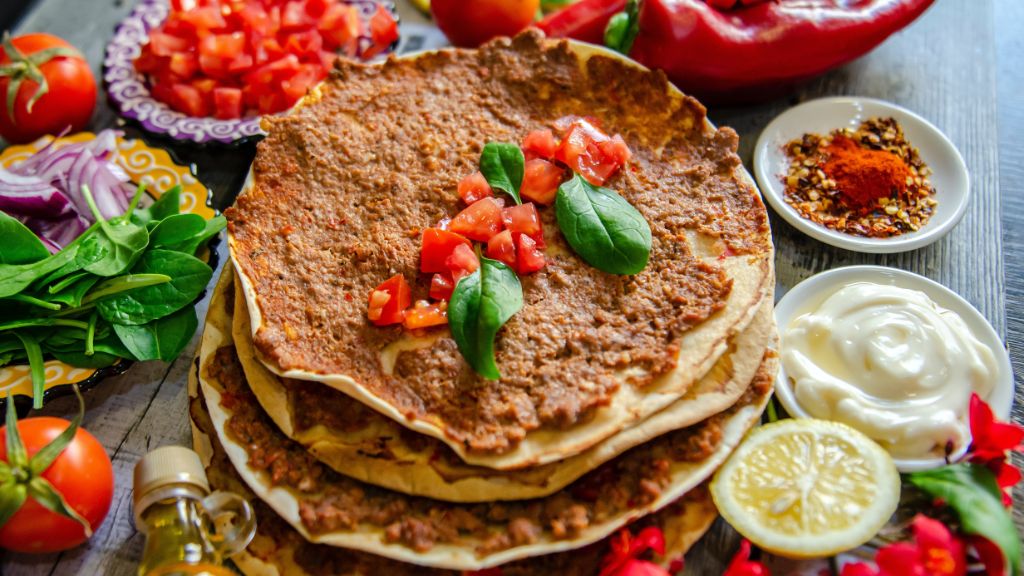 Turkish flatbread comes in two varieties: pide and lahmacun. Pide is the Turkish equivalent of pizza, except it’s constructed with thicker dough and cooked in a wood-fired oven. It is often topped with cheese, tomato sauce, herbs, and spices, although other ingredients can be used. Lahmacun is a Turkish pizza with minced meat and spices on top. It’s frequently accompanied by yoghurt, peppers, and salad. Pide and Lahmacun are famous street meals in Türkiye, and you may commonly see them offered by city vendors. 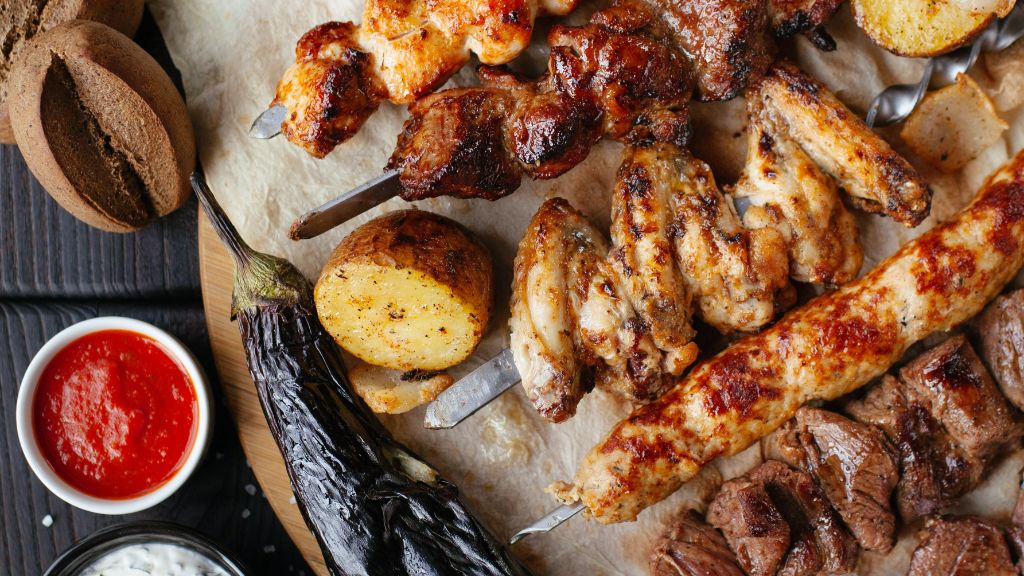 Meatballs and kebabs are two of Türkiye’s most popular foods. They are often cooked with minced meat, vegetables, and other herbs and spices. Kebabs are cubes of meat grilled on a grill and are usually made with lamb, beef, or chicken, as well as vegetables. They are also quite popular in other parts of the world, and there are many different types of kebabs. Meatballs are typically served as an appetizer, whereas kebabs generally are served as a main course with rice or salad on the side. They are also commonly filled with various dips, including yoghurt, tzatziki, or red pepper sauces. 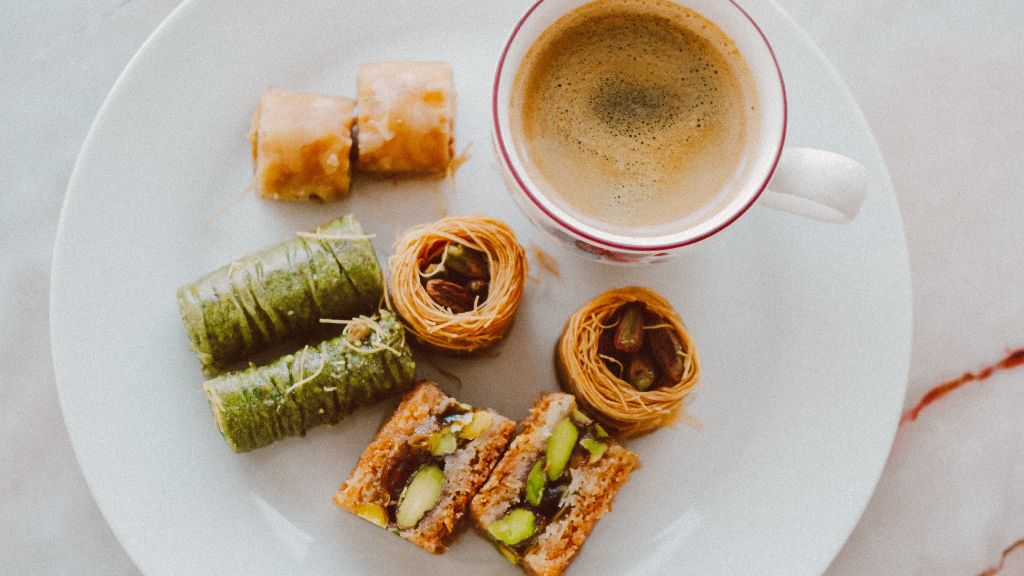 Baklava is a popular dessert in Türkiye and other Middle Eastern countries. It’s created using pastry or filo dough that’s been stuffed with almonds and sweet syrup. There are several baklava versions available, each made with a unique combination of ingredients and flavours. Baklava is traditionally served as a dessert, although it can also be consumed as a snack throughout the day. It’s created using various ingredients, including nuts, spices, dates, and even cheese. It is frequently adorned with multiple types of syrup, such as honey, and can be eaten with ice cream or almonds.