Istanbul is one of the world’s most populated metropolis with 2 Istanbul airport options. With a population of more than 15.8 million people as of December 2022 and increasing! It is also one of the most popular tourist spots among visitors. If you want to visit this wonderful city, you should read this blog post. There are 2 main airports in Istanbul from which and where to travel. Which Istanbul airport is best? The choice of airport may depend on your preferences. Two main airports and their distances from Istanbul are shown below. Let us begin by contrasting Istanbul’s two major airports including Istanbul airport ist and international airports in Istanbul. Istanbul Airport (IST) is Türkiye’s major airport and is situated in the city’s northeast. Turkish Airlines, Türkiye’s national flag airline, has its hub at the airport. IST is Istanbul’s principal international gateway, with connections to over 200 destinations in Europe, Asia, Africa, and North America.

Sabiha Gokcen Airport (SAW) is the city’s second-largest airport and is situated in the city’s southwest. Pegasus uses it as its primary hub while Turkish Airlines uses the airport as a subsidiary hub. SAW is mostly a domestic airport with links to numerous Middle Eastern and Central Asian locations. The two airports are about 34 miles apart and can both be reached in roughly an hour, from the city if there is no traffic.

Which Istanbul airport is the closest to the city center?

P.S: If you want to learn more about How to Get from Istanbul Airport to Kadıköy you should check out our blog!

Which airport is nearest to Istanbul’s major attractions?

If you’re arriving on an international flight and want to see some of Istanbul’s famed sights, you should arrive at Istanbul Airport. Since the airport is on the European Side, the famous Hagia Sophia, the Blue Mosque, and the Grand Bazaar are all closer to this airport than Sabiha Gokcen Airport. You may also take a cab to the sights if you arrive at IST, but it would take significantly longer. The distance between Istanbul Airport and the city center is around 12 miles, whereas Sabiha Gokcen Airport and the city center are approximately 21 miles. As a result, if you are arriving from a foreign aircraft, it is preferable to arrive at IST rather than SAW.

Which airport is closest to the top attractions in Istanbul, Türkiye? It depends on the attractions you want to see. If you want to see the seaside nearby Uskudar and Kadikoy, you can visit them easier by arriving at the Sabiha Gokcen Airport.

What is the fare from Istanbul Airport or Sabiha Gokcen to Central Istanbul?

Which airport in Istanbul should you travel to?

P.S: Don’t forget to check out our article World’s Largest Airport in Istanbul to learn more about IST! The Best Places to Go Shopping in Istanbul

The Best Places to Go Shopping in Istanbul Discover All About Bergamo: Ultimate Guide 2023 Discover All About Helsinki: Ultimate Guide 2023 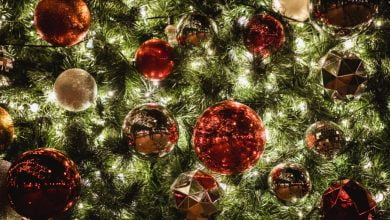