In today’s world, London is a country that is important in every respect. When we ask anyone in the world to list the most famous cities in the world, we are all sure that we will hear London in the top three. What we will hear later is Big Ben and the London Eye. But London is not just about buildings like Big Ben and the London Eye. As the capital city of the United Kingdom of Great Britain and Northern Ireland, London is well known for influencing other cities of the world since the Middle Ages. When you take a tour in the magical atmosphere of the city, you are likely to encounter many artifacts from the old periods of world history. So​​me people stand and start dreaming because London is known as the city of dreams that arouses emotions and joy. No doubt, London is not only the most famous but also the most dynamic city in the world. It has characteristics that other major cities in the world don’t have, and they are all very easy to see. The overcrowded streets and alleyways may not be ideal for everyone, but the busy atmosphere makes shopping in London an incredible adventure. If you want to shop after taking photos anywhere on the plan, you can check out this plan.

Despite the city being so crowded, London is a city full of character. Every person who goes to London will understand that there is no way to get bored in this city. There are not as many things to do and see in London. From fascinating museums to landmarks of the city, London is full of places waiting to be discovered that most people don’t know about.

This city, which is a masterpiece in every corner, is a treasure for photographers and people who love to take pictures.

That’s why we, as the HeyTripster family, will mention “Best Photo Spots in London” in this blog.​​ 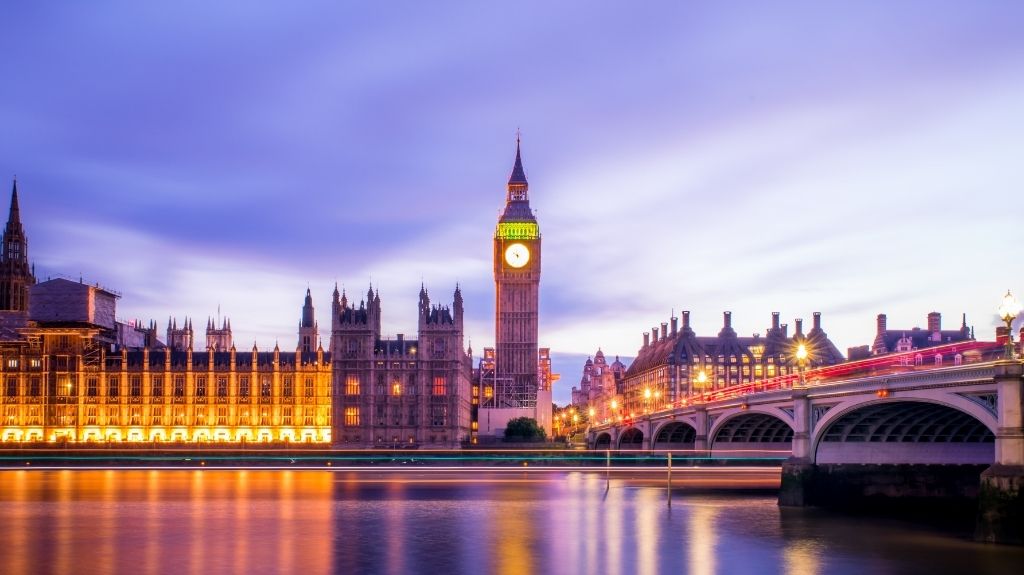 Big Ben is the iconic clock tower next to the Palace of Westminster, one of the symbols of London. It is the second-largest tetrahedron clock in the world. The tower is a British cultural landmark recognized around the world. It is one of the most important symbols of the UK and of parliamentary democracy and is often used for filming movies shot in London. The clock tower has been under protection since 1970. This clock tower, which has become the symbol of the country, attracts the attention of tourists and is on the top of “London Photo Spots”. Click here to access the HeyTripster itinerary related to this topic. 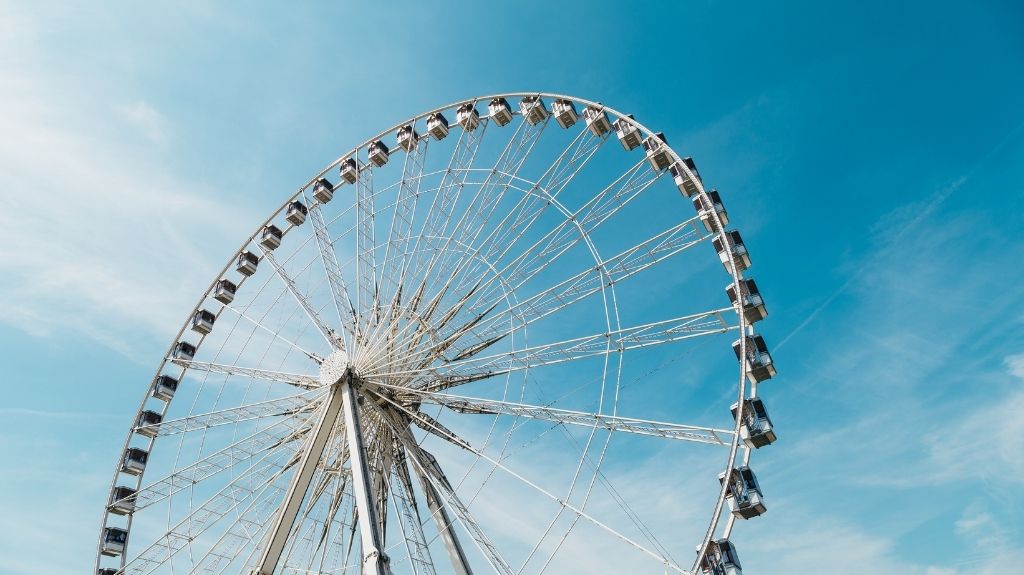 The London Eye is another of the leading symbols of London, the capital city of England. With a height of 135 meters and a width of 90 meters, the London Eye, where you can see almost all of London, was built on the South Bank of the Thames for the Millennium celebrations. The giant Ferris wheel, which was opened on the night of December 31, 1999, welcomes more than 4 million visitors a year. The London Eye, also known as the Millennium Wheel, was the tallest Ferris wheel in the world at the time it was opened. One of the first places that many people visiting London stop by, the London Eye gains a sparkling appearance as it gets dark. We can call the building the “most Instagrammable place in London”, which turns into a visual feast, especially with the celebrations of the New Year. Also, if you’re in London with your family, don’t miss out on this HeyTripster trip plan.

Tate Modern is one of the best museums to visit for people interested in art. Nowadays, with its 10th-floor observatory, it offers a magnificent view to visitors. This is even free to access. From this observation point, you can watch all parts of the city with great pleasure. As sunset is often across the river this makes it one of the best Instagram spots in London for sunset as well as into the blue hour. Please note that observation deck has been closed temporarily, until further notice.

For other magnificent museums in London, you can find the trip plan that HeyTripster has created for you from this link. 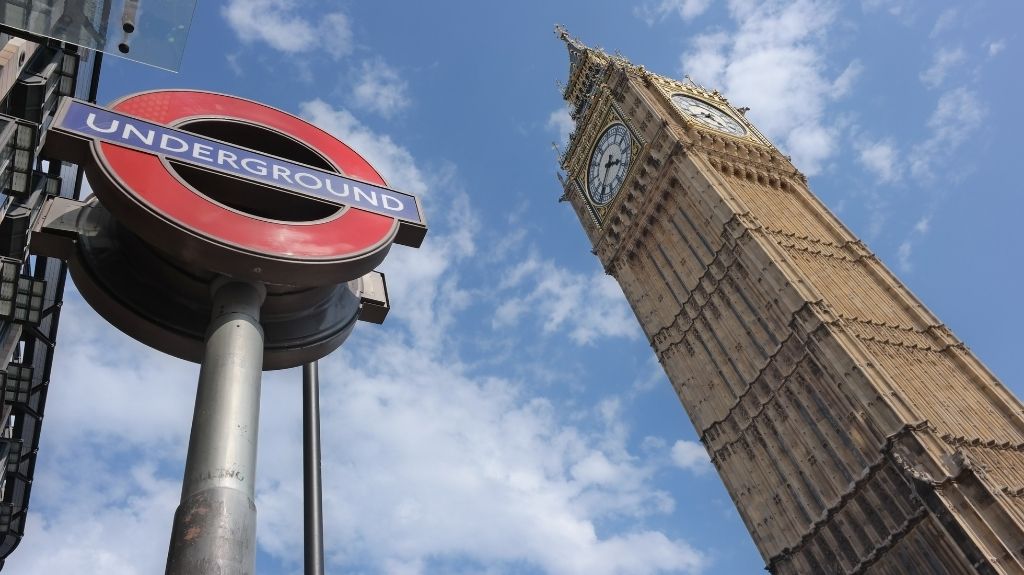 Parliament Square, also known as Westminster, is a public square. You can also access HeyTripster’s itinerary for you to discover the Royal Heritage here.
Around the square, you will find statues of many famous people, including Winston Churchill, Abraham Lincoln, Robert Peel, and Gandhi. The square, which hosts some shows and actions, is one of the “most Instagrammable places in London”. 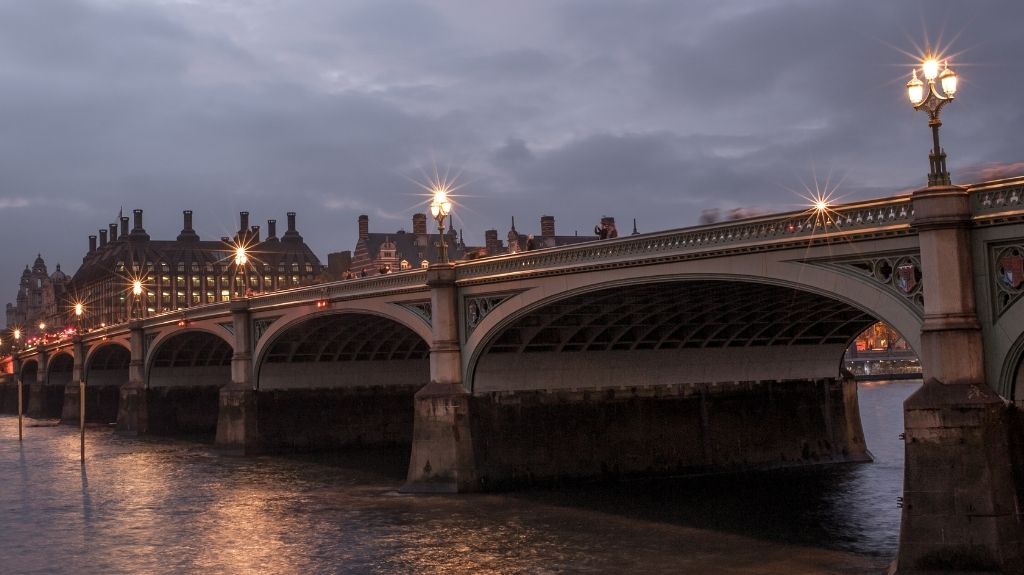 Westminster Bridge, located right next to Big Ben, This bridge dates back to 1862, but there was another bridge here in the interval from 1750 to 1862. From the bridge, the Parliament Building, Big Ben, the London Eye, and the River Thames are magnificent. You will see the view. You can take lots of photos on the bridge because the Bridge is could be the best photoshoot location in London. 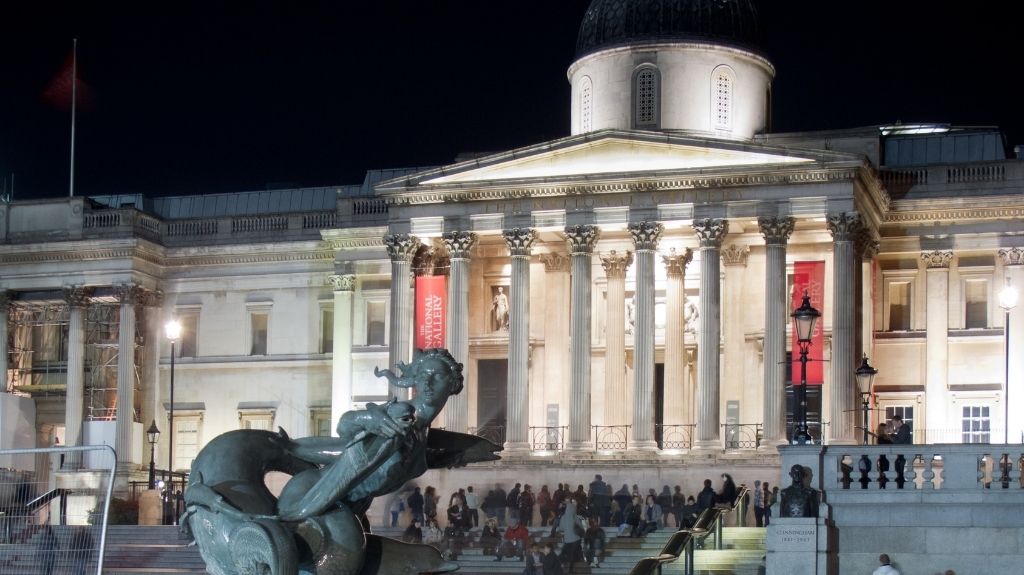 Trafalgar Square is a public square in the center of the City of Westminster, built around the area formerly known as Charing Cross. It is named after the Battle of Trafalgar, a naval victory in the Napoleonic Wars with France and Spain on the coast of Cape Trafalgar on October 21, 1805. Trafalgar Square is one of London’s most popular public squares and is home to Nelson’s Column and London’s famous stone lion statues. The square also features street artists and contemporary art. Here you can watch the works of street artists and various dance performances and maybe add a nice story to your Instagram.

Neal’s Yard is great for those who like lots of color in their photos, and it’s almost a “secret photography spots London”. It’s crowded later in the day, so you need to get there early in the morning. For transportation, you need to get off at Covent Garden tube station and take a small walk.

Kings Cross has an awesome multicolored light tunnel and is in instagrammable places in London list. You’ll find this on the underground walkways that connect St Pancras to Kings Cross station. The ceiling of the waiting room is perfect for taking pictures as it has a magnificent ambiance.