The quality of Turkish TV series has increased over the few years. Which led to worldwide views, and we can say there are quite many people watching these series. But these series are still new to the world stage. For those who want to try some of these series, we made a list for you.
Before the list, many viewers say that almost all of them are the same. It’s true that they all have a common taste at some point. But on the other hand, all of them have a different story and fiction at the same time. Viewers don’t like the similarity in these shows, while they enjoy watching most of them. It’s safe to say, these shows are quite addictive even if you don’t like them. 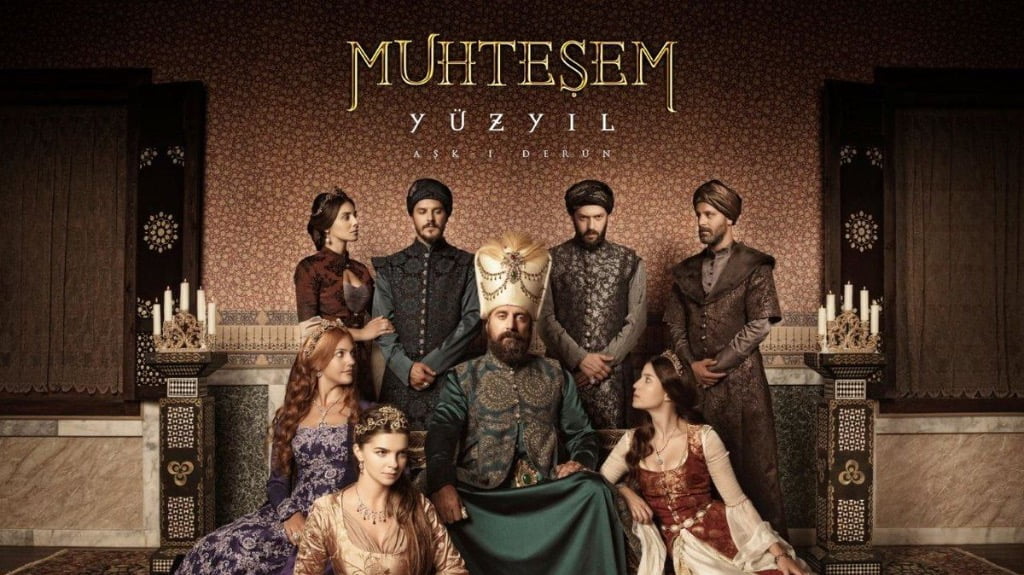 The famous TV show that started everything. Even before Magnificent Century, Turkish TV series were watched worldwide, but with this show, it skyrocketed. It includes many historical places like Topkapi Palace, this show has a real historical atmosphere in it. Palace intrigues, schemes, and plots swirling on one another all through the show. And at the same time, this show is the most-watched Turkish TV show in the world. It is considered as one of the best Turkish series. 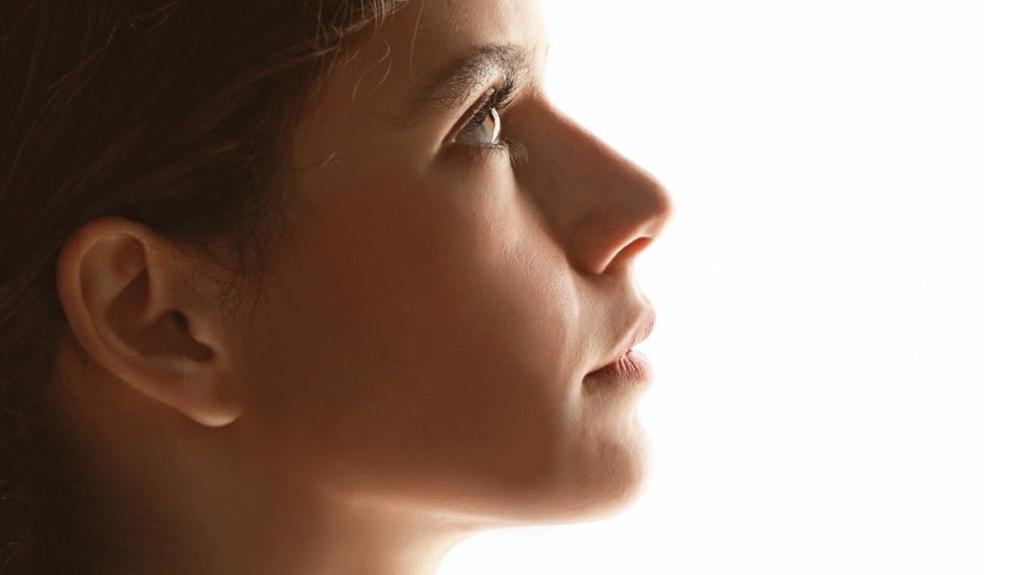 As the show moves slowly, you will see a battle for justice of a girl named Fatmagül which gets harder with every episode. Its first episodes were filmed in Aegean Sea coasts and continued in Istanbul. This show brings out the problems like a woman’s place in society, the irritating power of the rich, forced marriage, and bad family relations. This shows shoots taken in firstly Izmır/Urla, a small coastal town which got popularity after this show. But mostly you will see the Anatolian Castle district. The oldest Turkish complex survived through time, this castle gave its name to around neighbourhoods. Historically known as Guzelce Hisar, this place can be seen in some scenes. 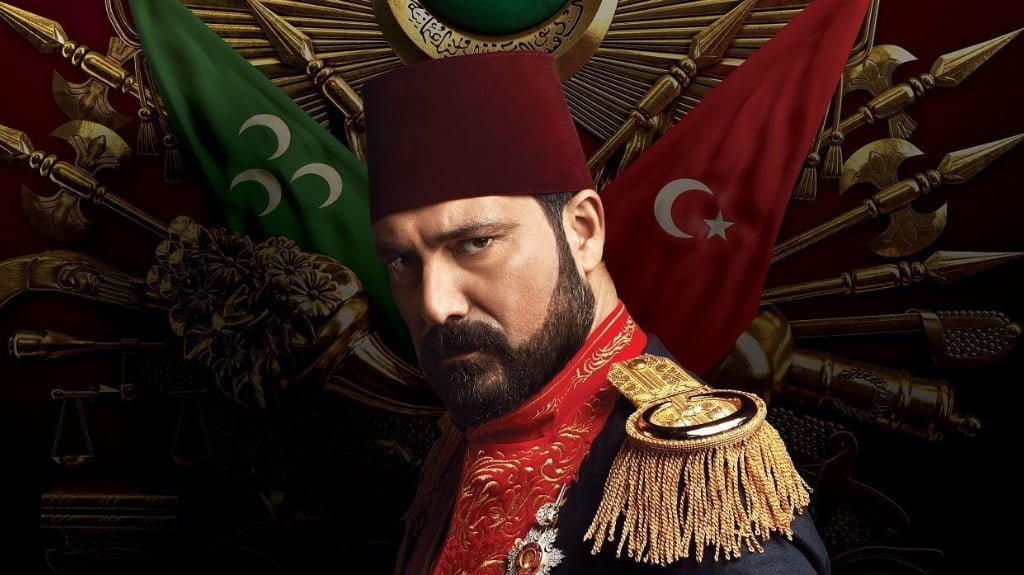 Based on the story of the Ottoman sultan Abdul Hamid II, this show exceeded expectations on a whole new level. The show was a success, surprising many critics. Especially in Europe, this show was a hit apart from Middle Eastern rating hits. The Last Emperor was filmed in Istanbul, mainly historical buildings like Topkapi Palace. Historical tourism rose up after this show in great numbers. The series is worth watching, according to reviews. 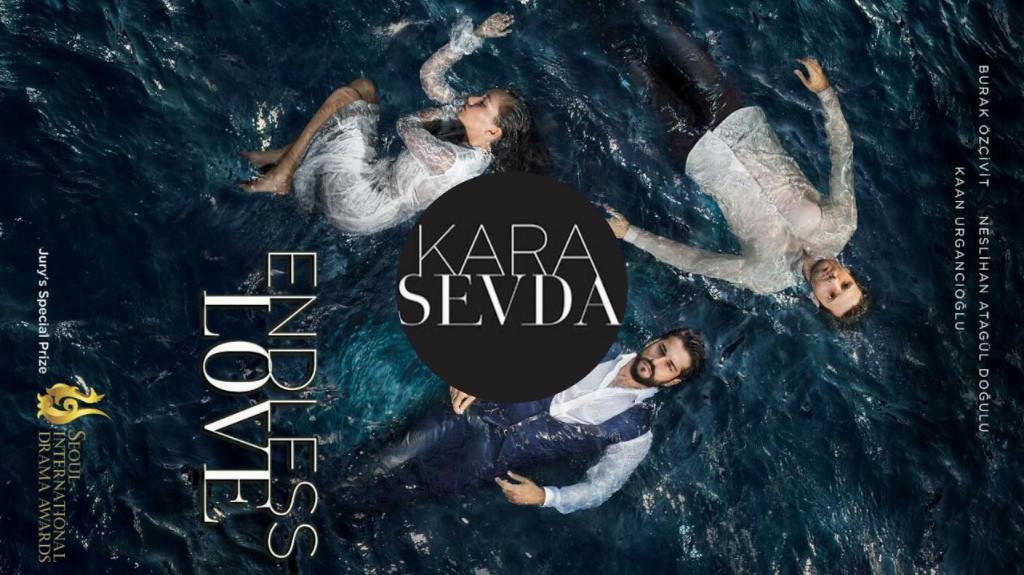 The impossible love story always draws attention. But more importantly, a beautiful impossible love story. Endless Love is that kind of TV show, with its success you can tell how well it’s fictioned and played. Endless Love tells the story of a mining engineer Kemal and a girl named Nihan. Because of different reasons, it becomes an impossible love. Mostly filmed in Istanbul, this show was loved and watched by many western countries. Especially in Spain and Latin America, adaptations were made because people wanted to watch even more of this story. 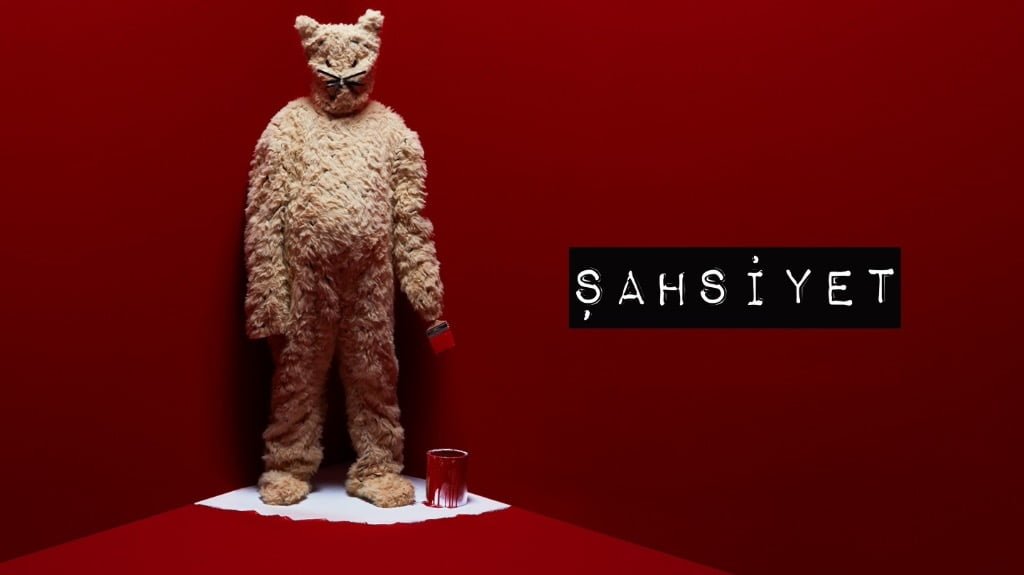 The Emmy award-winning performance of Haluk Bilginer and the story of this TV show are simply amazing. A retired man with Alzheimer’s makes this disease a weapon for executing criminals without a conscience problem. The old man, and his nostalgic way of life with the young investigating police officer, and her modern way of life is shown simultaneously. With its plot twists, aesthetics of shootings, and absolutely amazing performance of Haluk Bilginer this show earned many positive critics. As a Turkish series on Netflix, you can easily watch it with subtitles. This show was also shooted in Istanbul. Agah Beyoglu, the leading character lives in an apartment in the Beyoglu district. This district is considered as one of the oldest and most popular districts in Istanbul. You can see old and new buildings as the show brings nostalgic and modern things together. 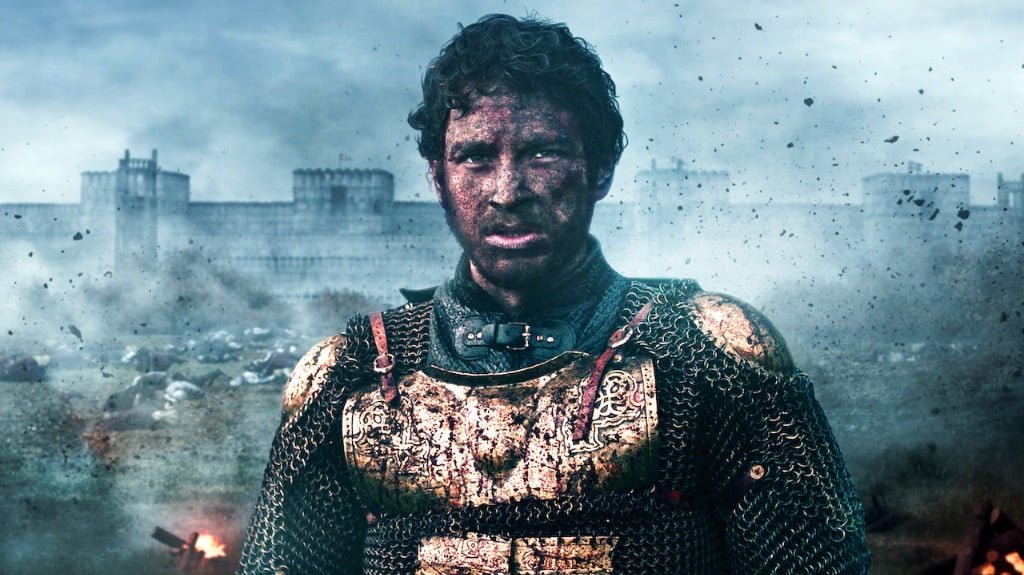 As a historical docudrama, this show is based on the fall of Constantinople in 1453. This show filmed in many historical places which most of them can still be visited. These include Basilica Cistern, Hagia Sophia, Hippodrome, Topkapi Palace, and many more. While trying to build a correct atmosphere they enabled us to see these historical places from different angles. With only six episodes for the first season, it is revered for showing two sides of the medallion. At one side you see Ottoman Empire and the Sultan revered as the greatest one, Mehmet the Conqueror. On another side, you see Byzantium and the last emperor Constantine XI. 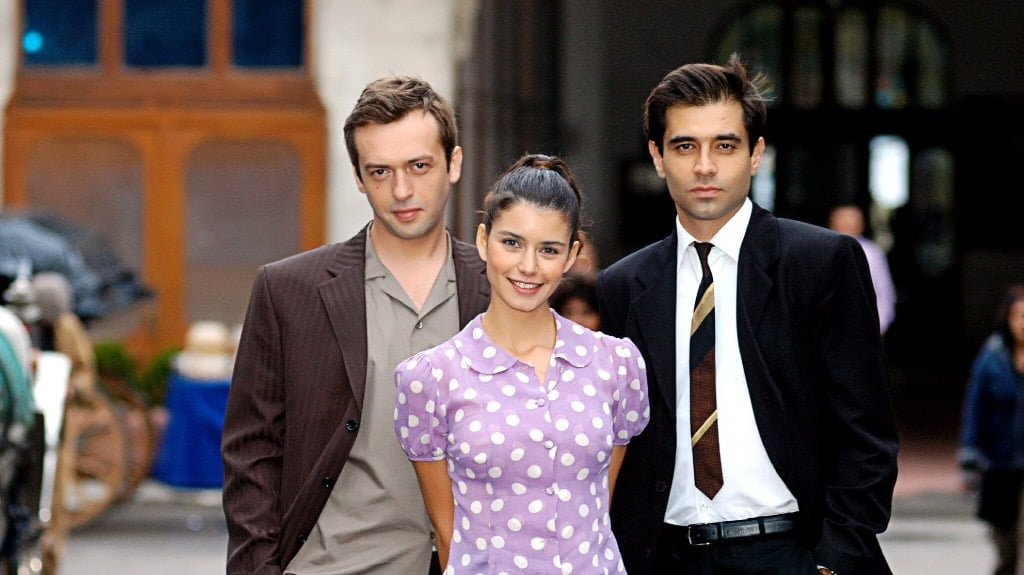 A love story in the nostalgic era of Türkiye and Istanbul. Especially shot in Büyük Ada, it shows a pretty vivid nostalgic theme. You can still visit Büyük Ada for it is a historical place even today, and even see the leading characters’ houses in real life. Büyük Ada tries to preserve every nostalgic thing it contains and because of that, it is a popular touristic place for domestic tourists too. Two young people love each other but their families don’t allow them to marry. With the nostalgic environment of the time, and the love blocking old-time traditions many viewers all around the world loved this TV show. The nostalgia and the thing these lovers encounter together can be empathized easily by many. This alone makes this show one of the best Turkish dramas. 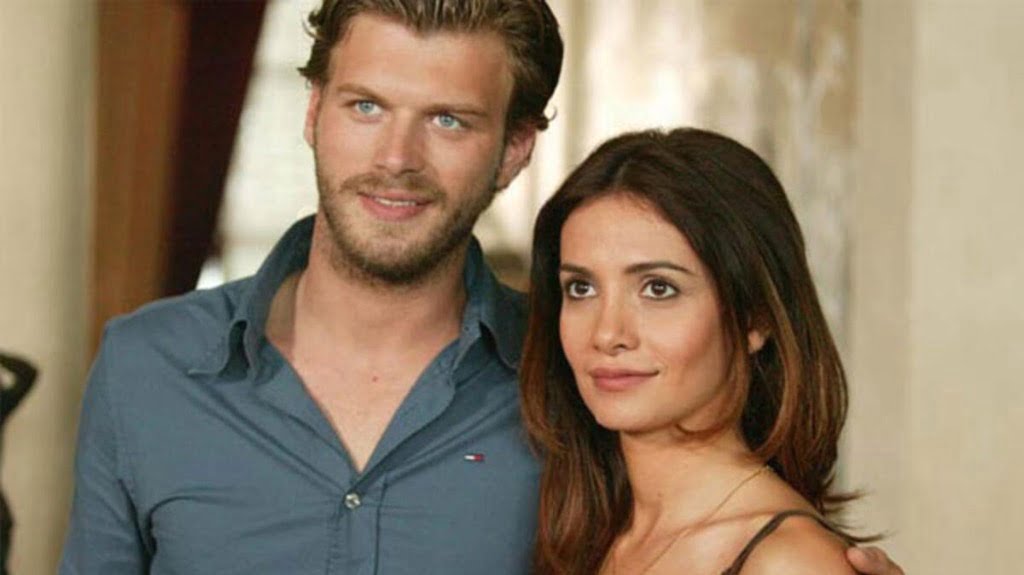 Silver made a huge rating around the world. A man named Mehmet suffers severe depression from his fiancé’s accidental death. His grandfather cannot watch his suffering and wants him to marry his childhood love, Gümüş. After their marriage, a series of epic events begins to occur. From assassination attempts to kidnappings they face many hardships together. The ‘Turkish Brad Pitt’ Kıvanç Tatlıtuğ is the starred actor in this show, and alone made a huge fan community all around the world with this show. In the time that this show aired every week, people couldn’t even wait for dubbed versions. This might be the first of internationally watched popular Turkish series with English subtitles. The show shot in a popular villa near Bosphorus. This villa, named Abud Efendi Villa, was made in the years 1835 – 1855. The French Baron Vandeuvre moved into this villa in 1858 and lived here for forty years. And you can still see this building as it’s good as new.

There are many more films and TV shows as you can imagine. We listed some of the best ones for you, but after these TV shows, you can find more of them easily and get a grasp of what Turkish series can make. Visiting Istanbul is mainly for historical places, we all know that. But after these popular tv shows, people want to visit these shows’ shooting locations too. This increases visiting places in Istanbul, and makes us have a more filled trip to Istanbul. Almost every popular location in these shows is either seeable or visitable even today.
We made a list for those who wonder what the great city of Istanbul has to offer in tv shows. We hope this was helpful to you, and wish a good trip for those who are traveling to this marvelous city. See you in the next article.