5 Istanbul Mosques You Should Know About

While the architectural jewel of the world, Hagia Sophia, converted into a mosque once again, we gathered around the five most beautiful mosques Istanbul has to offer to the world.

The great city of Istanbul. Because of its geographical position, it was an economical hub. And this provided many people with trade opportunities. With increased population and the beauty of the land made this city capital for art and religion in the Ottoman Empire, the same with Byzantium. Even before that it housed many spiritual buildings and rituals for every faithful soul. Even today it households many temples, synagogues and mosques. And in this writing, we will focus on some of the significant mosques. Sultans of the Ottoman Empire almost always constructed something great or improved the existing ones. And mosques hold the biggest share in these buildings. Many sultans ordered the construction of a mosque with special traits to leave a mark in this great city. And almost every architect worked in these projects was phenomenal. With these combined, with a long tradition of building marvels even predates the Ottoman Empire filled this city with wonders. Even the Hagia Sophia, built in the Byzantium times, preserved and converted in the Ottoman reign. We will list some of these important mosques like Blue Mosque or Suleymaniye Mosque in this post with some of the history they have. 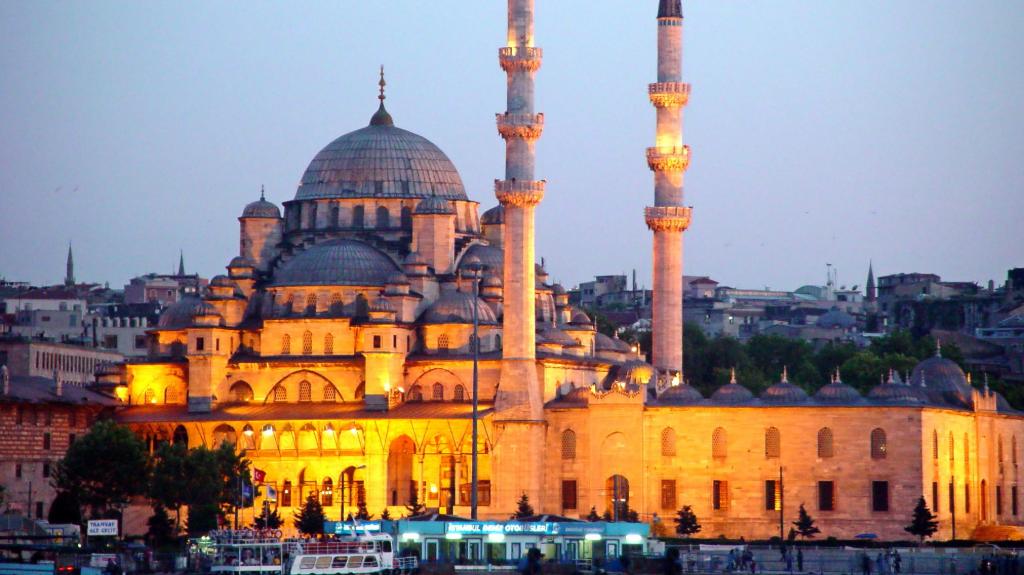 One of the mosque landmarks of Istanbul, New Mosque is the first seaside mosque in Ottoman history. In 1597 the ruling sultan’s wife ordered this mosque’s construction and drew many reactions from the population. It was planned to build on the Jewish district. After the district expropriated and preparations made, many complications started to occur. It was originally designed by the architect Davut Aga, a student of the great architect Mimar Sinan. But with the complications occurred and the death of the ruling sultan it was cancelled. It stood there in a half-constructed state for 66 years, with taking damages by things like fires and earthquakes. After that in 1665 the ruling sultan’s mother, Turhan Hatice Sultan, sees this devastated construction and decides to finish it. It was originally named Safiye Sultan Mosque, the name of the wife first ordered this construction. But after thinking about the incidents happened during these 66 years, Turhan Hatice Sultan decided to name it New Mosque. This was the longest construction in Ottoman architectural history.

As a historic mosque over five hundred years old, Sultan Ahmed Mosque or the other name Blue Mosque is still a functioning mosque. Although its construction did not bring positive comments from the people, it is an extraordinary thing that we can visit an imperial mosque that still operational. Because of the construction place it caused anger in the Muslim jurists. It was built on the old Byzantium palace of emperors, in front of the Hagia Sophia and the hippodrome of Constantinople. But right now it brings attention mainly with its hand-painted blue tiles that adorn the interior walls. At night the mosque is bathed in blue as the lights frame thirteen domes and six minarets. Over twenty thousand handmade İznik style ceramic tiles lined in the interior walls. And over two hundred stained glass windows with exquisite designs admits natural light. Day or night, in both parts of the day Sultan Ahmed Mosque is a spectacular great mosque to see. 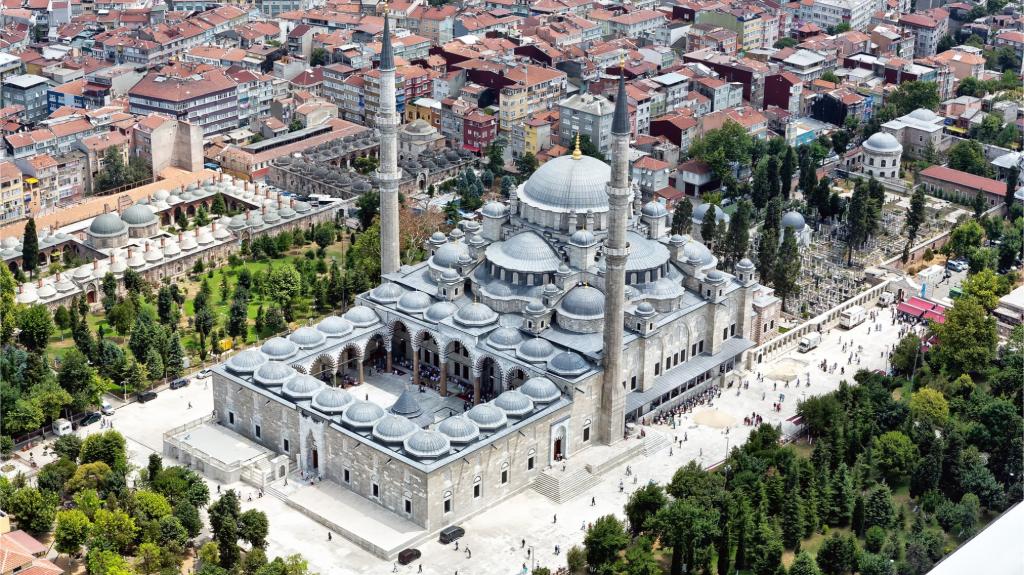 One of the most important buildings that represent the classic architecture of the Ottoman style, Süleymaniye Mosque is a true marvel. Ordered by Suleiman the Magnificent, the most popular sultan in Europe and built by Mimar Sinan, greatest engineer and architect of his time. The main idea of this construction was to show the glory of sultan Suleiman, and the design of the Süleymaniye also plays on Suleiman’s self-conscious representation of himself as a ‘second Solomon’. Suleiman is also known by the name Kanuni among his people, which means lawful for his many fair judgements. The love people had for their sultan Suleiman, and the great Mimar Sinan’s reputation drew much attention to this mosque. Even to this day this mosque has seen over one hundred earthquakes, and never took damage in its walls, even a small crack. The two accidents occurred in this mosque was one dome damage during a huge earthquake and some fire damage during the First World War. Operational since 1557, this mosque is still available for worship along with touristic tours. 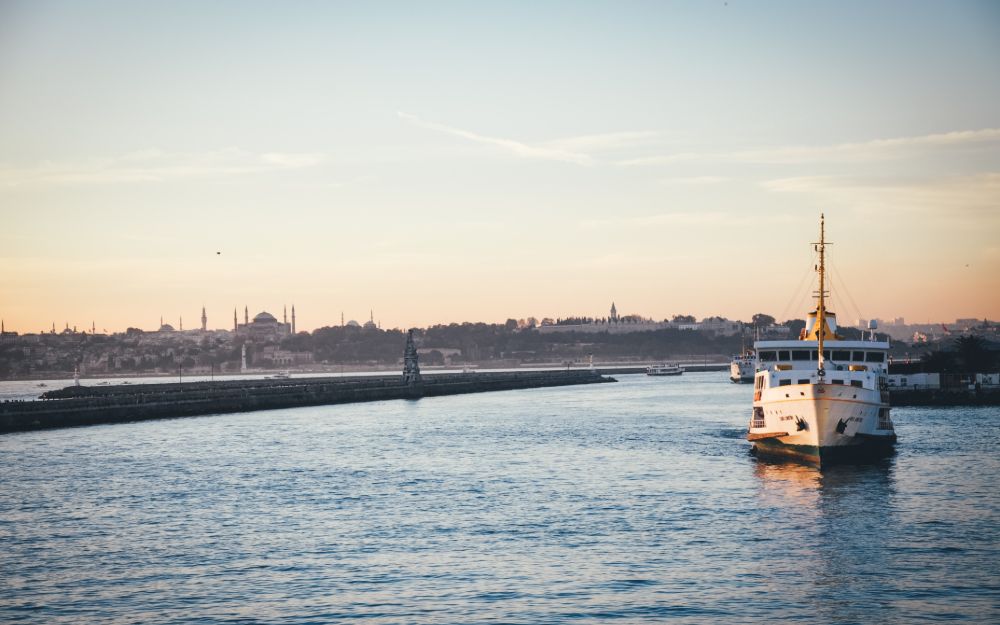 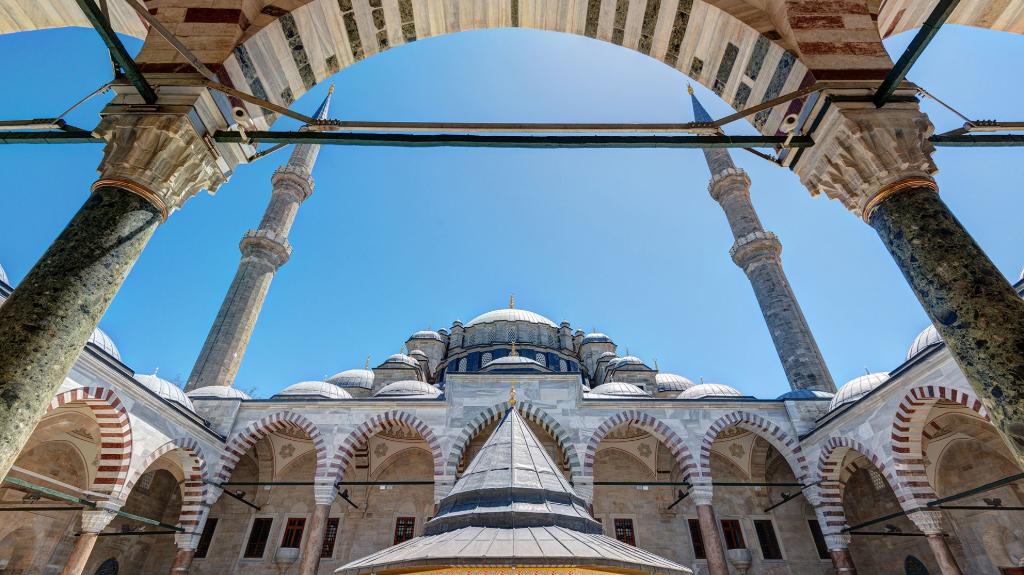 The first mosque of the tradition of sultans constructing marvels, Fatih Mosque is the first monumental building in Ottoman history. This construction ordered by Fatih Sultan Mehmet, the sultan who conquered Constantinople. This mosque designed by the Greek architect Atik Sinan. Mosque’s construction site is on the Byzantine Church of Holy Apostles. This church was built by the Emperor First Constantinus, who found the city. This site also believed to be a burial place for Byzantium emperors. Some believe that sultan Mehmet destroyed the poorly conditioned church to build his own mosque for a show of power, while others believe that he had a respect for this city. So that he built his wonder in the same place as the man who built his church and found this beautiful city. While this interesting detail is still unanswered, this Mosque is remaining still and available for visit even in this age. While important scientists of the period were hosted in madrasas completed in 1470, education was given in various branches. As the oldest monumental building in Ottoman history, this mosque took many damages over the years from Mother Nature. Only 8 madrasahs and libraries remained from the complex with many sections in the past.

Camlica Mosque is the largest mosque in Turkey. The mosque can hold 63,000 people and includes a museum, art gallery, library, conference hall, and underground parking lot for 3,500 vehicles. Camlica Mosque was designed by two female architects, Bahar Mızrak and Hayriye Gül Totu, at a cost of around 150 million Turkish liras. The length of the four mosque minarets span 107.1 metres, a measurement that refers to the Battle of Manzikert took in 1071, fought by the Seljuk and Byzantine Empires. The dome is 72 meters high, representing the 72 nations living in the İstanbul. According to officials, 5 million visitors came in only seven months. Maybe the most modern mosque, with all the ventilation, light, heating and acoustics systems. There are even workers that help people with disabilities. Wheel chairs, guide systems with audio and lightning and wheelchair paths designed and provided in every corner of this mosque. While there are many negative critics about this mosque and its construction progress, right now it is a true marvel of modern age. For now, it seems to be a good project, for considerations taken for people with disabilities and modern design brought up with the old style of architecture. Also, they made this mosque to be a natural disaster gathering site with a capacity of 100 000 people. Right now it is a rather new marvel, with good reviews from the visitors for the time being. Surely it is a Mosque you should visit in your travel in İstanbul. 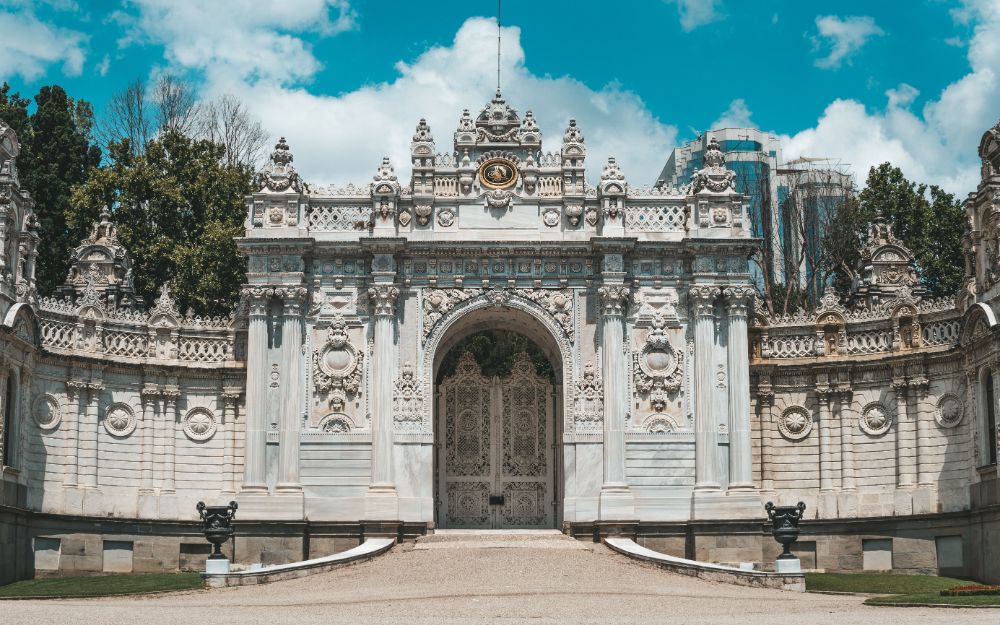