London is one of the most telegenic cities in the world. It appears in an endless number of romantic comedies, heist movies, crime films, spy thrillers, horrors, sci-fi, political dramas and others. There is one thing that unites all of them – lots of beautiful London views. And since currently, we spend more time at home, it is a perfect opportunity to experience the big city through these great films from London captured by talented filmmakers.
The list of the movies set in London is extremely diverse but we have chosen 20 of the best ones, where London is one of the main characters. So if you love movies and love London this list will help you to dive into the life of the British Capital. And not the one from the postcards with the Tower Bridge and red double-decker buses, but the real one. While you will be enjoying this film journey at home you will also find locations, which you can actually visit when you’re in London. You can also visit them along with the other most attractive places in London.

London is not only a dominant location for British films, but also has been recreated in numerous American films at Hollywood studios. So, it is time to play our trump card and introduce you to our list of 20 Best Films Set in London. One of the most romantic and ironic films, which is named after a district of West London. Almost all events of the film, starring Julia Roberts and Hugh Grant, unfold in this colourful neighbourhood, where Richard Curtis, the screenwriter of the film used to live. And William Thacker’s famous blue door was actually the door of Richard Curtis’s house. The apartment was later sold and the famous door was sold at an auction. New owners repainted their new door many times in an attempt to escape from film fans. Today, however, the door is again bright blue: apparently, realizing the futility of their efforts, the residents of the famous house gave up. After the film’s huge success everyone wanted a photo in front of the famous door. But later, the owners of the house gave up and painted the door blue again. So now you can also have a photo with the blue door.
This classic London film is about William Thacker, a London Bookstore owner, whose life changes when an A-list American actress appears in his shop. The film shows many other real London locations such as closed London parks, the two-story cinema hall in the building of the old theater, and hotels Ritz and Savoy.
If you haven’t seen this film, there is a famous scene with four seasons and William Thacker (Hugh Grant) walking along his street in Notting Hill. The travel shop that inspired the script exists in real life but is located a little bit farther.
The only thing that changes is his tweed jacket. Apart from that Will dresses the same regardless of the season, as a real Londoner.
The location manager says that it was “a mammoth task” to get permission to film this paradise of the British capital.

Tip: If you plan to visit Notting Hill, Saturday, when the market on Portobello Road is open, is the best day to go there.
Nearby underground stations: Notting Hill Gate, Ladbroke Grove, Westbourne Park. 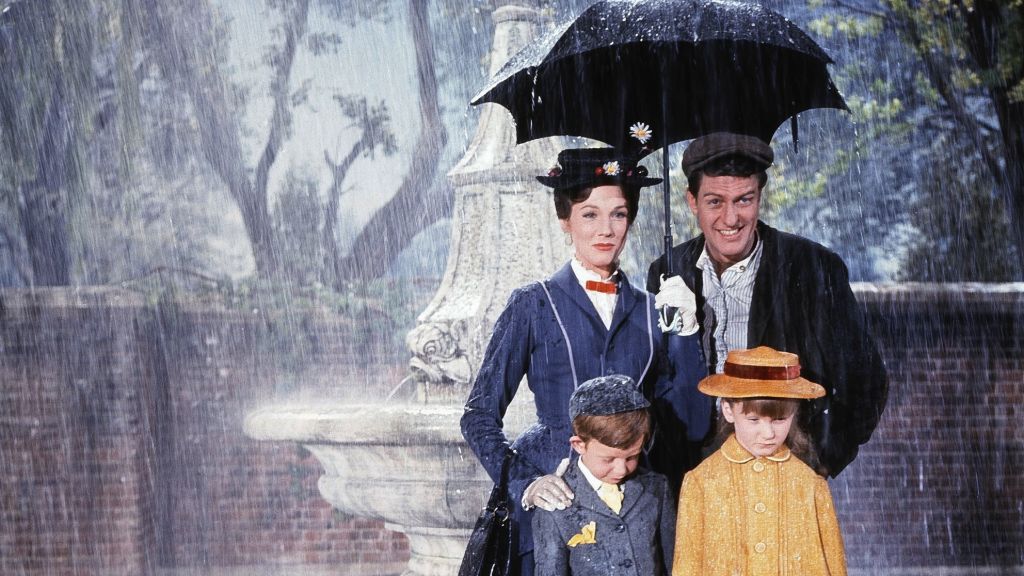 The original Mary Poppins (1964) starring Julie Andrews and Dick Van Dyke is set in London in 1910. The plot of this London movie is based on the world-famous book of the same name by L.P. Travers. In this movie, where London became a technicolor wonderland nanny Mary Poppins appears on the threshold of Banks’s house and turns out to be a real sorceress for both adults and children, managing to bring kids closer to their workaholic father in a short period of time.
The film was met with critical acclaim and won numerous Oscars for editing, music, and visual effects. Julie Andrews won the Academy Award for Best Actress in a Leading Role.
Unfortunately, you won’t find any real location from Mary Poppins London as every frame of the movie was filmed at Disney’s Burbank Studio. 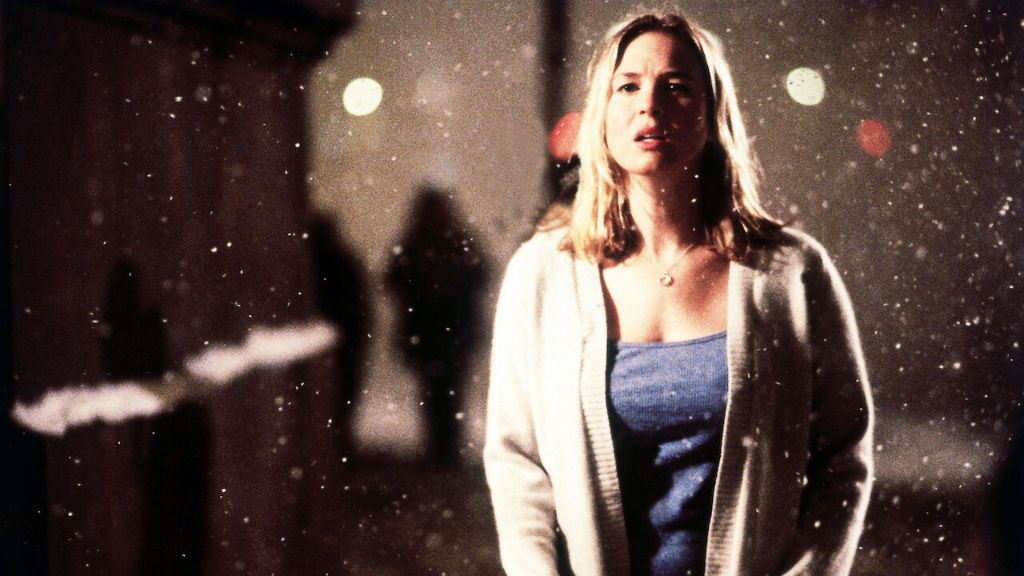 Bridget Jones’s Diary is another rom-com starring Hugh Grant, Renee Zellweger, and Colin Firth. The film is based on a number-one bestseller book by Helen Fielding, which has sold more than 15 million copies worldwide.
Bridget Jones’s Diary has been considered the main film about a 30 something ‘singleton’ in London for the past 20 years. Even though Bridget’s life is far from real Londoners’ lives. London girls don’t run after their boyfriends in December in their underwear only, also you probably won’t see Hugh Grant and Colin Firth fighting in the street to “It’s Raining Men”.
The scene where Bridget strides across the Tower Bridge is the embodiment of a happy thirty-flirty-and-fabulous girl.
The apartment of the single-gal main character is located on Bedale Street in the neighborhood of Borough. In the film, she shops for her birthday dinner at the famous Borough Market. 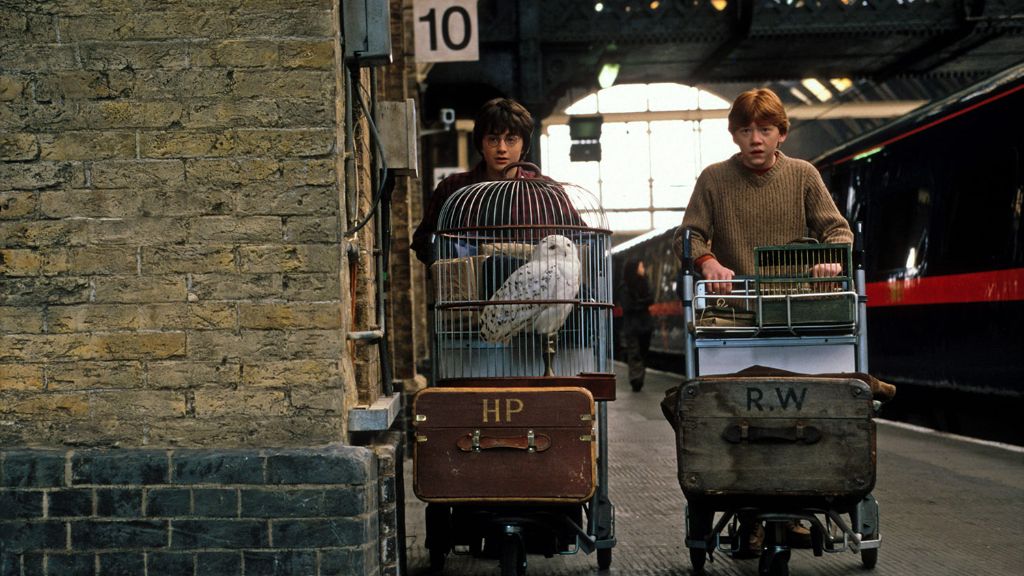 Our list of London films would not be complete without the Harry Potter franchise. And although the action of the film series is mostly set in Hogwarts, which doesn’t exist in real life (well, at least as one specific location), you can actually visit real places such as London Zoo, Millenium Bridge, Piccadilly Circus, Diagon Alley, the Ministry of Magic, St Pancras, King’s Cross station and platform 9 ¾, when you visit London.
To find more about Harry Potter filming locations in London, check out our London Harry Potter Tour. Some James Bond films are set (sometimes partially) in London as the agent spends a lot of time in the British Capital. Despite the fact that “Skyfall” ends in scenic Scotland, much of the action of the film takes place in London. London and its iconic locations such as National Gallery, Trinity Square, and Whitehall took on a new dazzling look, thanks to the director of the film Sam Mendes. 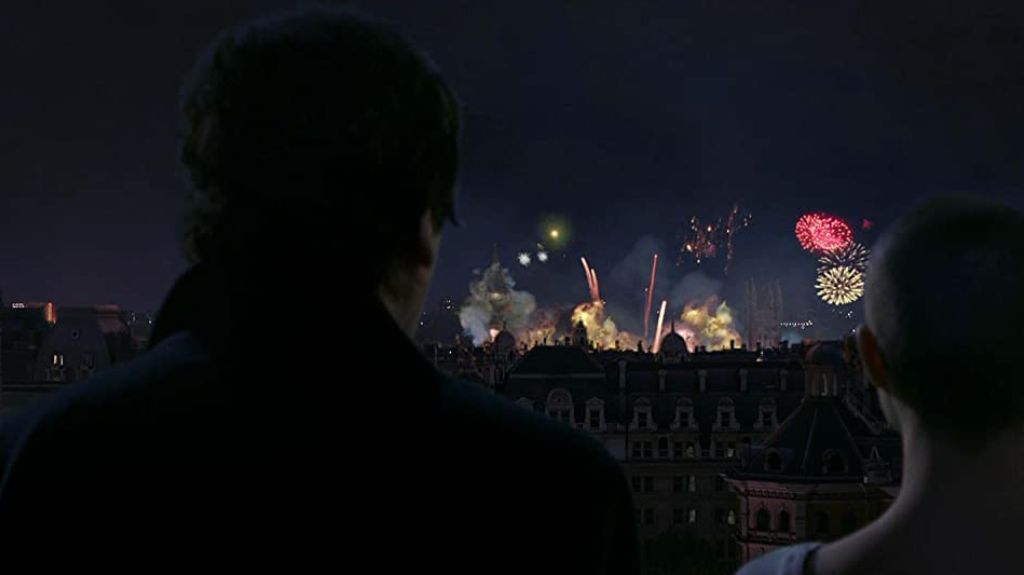 The film is based on a comic book by the famous writer and artist Alan Moore. The film is set in the UK in the near future and London here becomes the center of a political revolution, when a mysterious rioter ‘V’ and his ally, young journalist Ivy Hammond (Natalie Portman), calls on the population to rise up and fight against the totalitarian regime. ‘V’ never takes off the mask of Guy Fawkes, an iconic figure in British history, a participant in the Gunpowder Plot of 1605.
Part of the scenes were filmed in the London Underground, at the Aldwych Station, which was closed in the mid-90s. There are dozens of Holmes films but Steven Moffat and Mark Gatiss have managed to create a modern update of a cult classic that is as good as the original. The English BBC series was filmed right in London. Thanks to the series, Benedict Cumberbatch and Martin Freeman have gained long-lasting fame. It is impossible not to fall in love with the most controversial hero and London while watching these series. The famous detective lives on Baker Street. However, in the series, the house was moved to another location, the shooting took place in the Camden area. 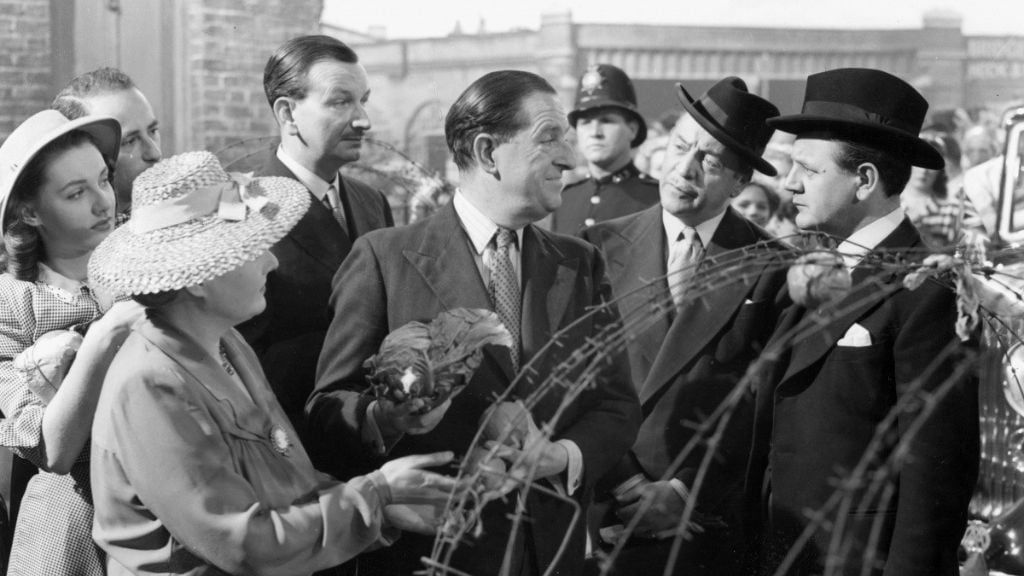 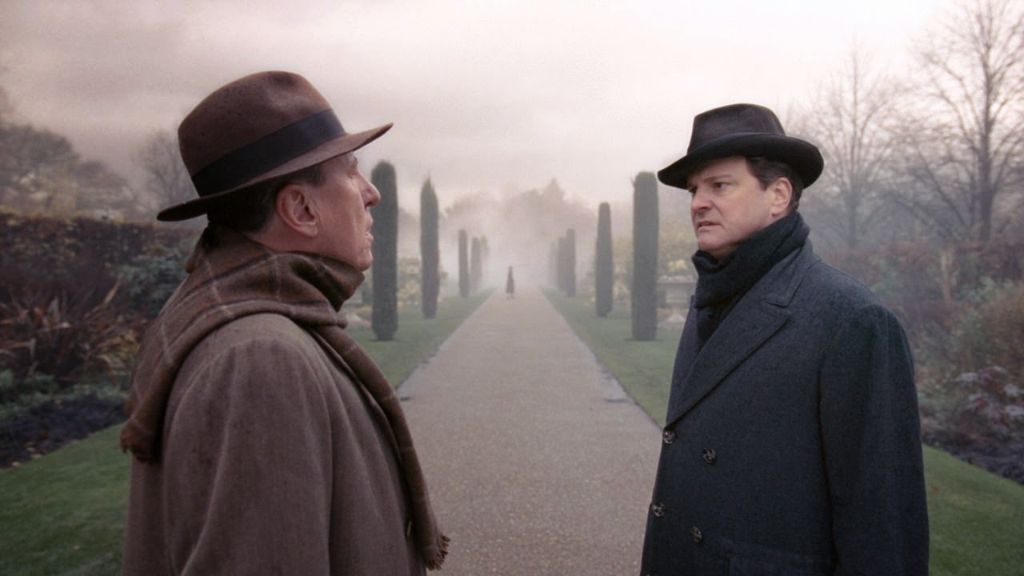 The true story of King George VI (Colin Firth) and Australian speech therapist Lionel Logue (Geoffrey Rush) who helped to overcome his stammer to deliver his first wartime radio broadcast. A mix of luxurious homes of the royal family and the streets of the Depression-era determines the atmosphere of the film. There is not much to do on the streets of old London. As old buildings and palaces hide the main secrets and the most important decisions of foggy and conservative London.

These are other iconic films set in London, that must be in this list: 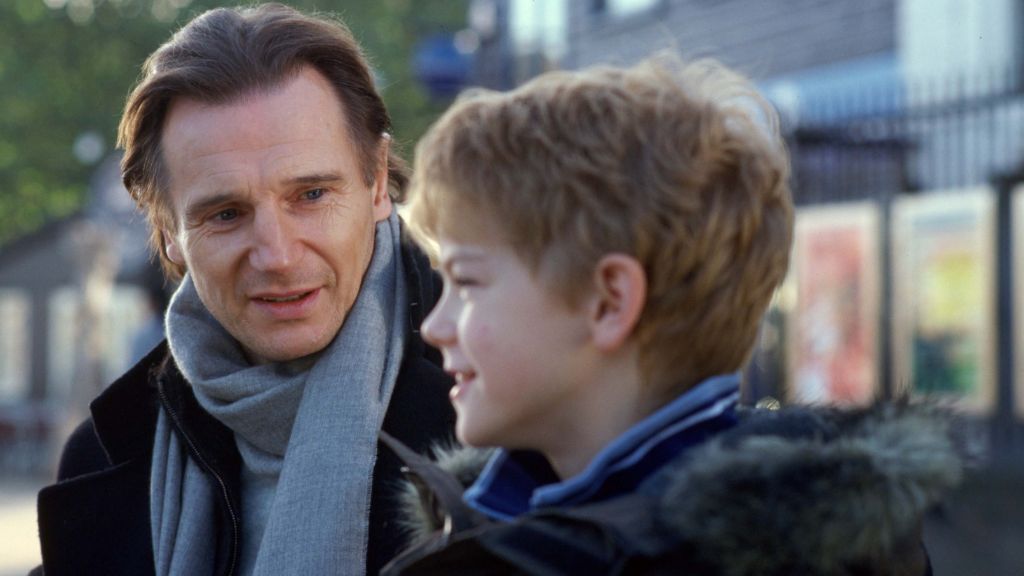 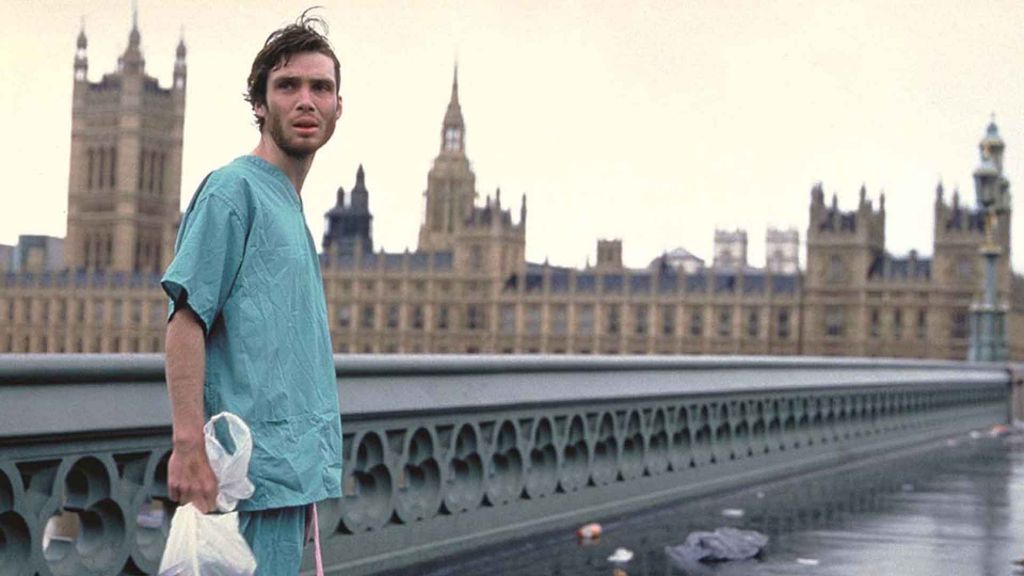 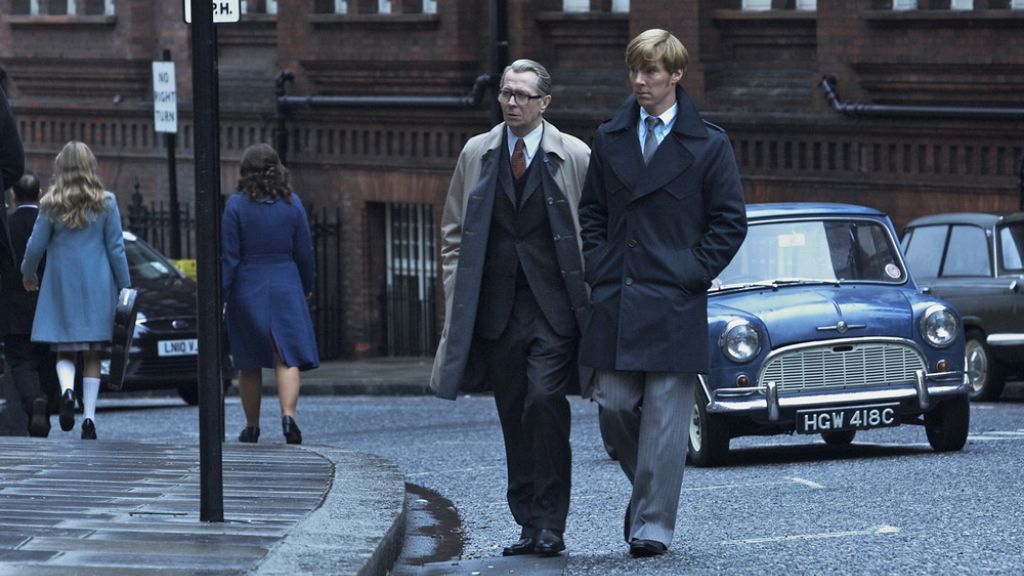 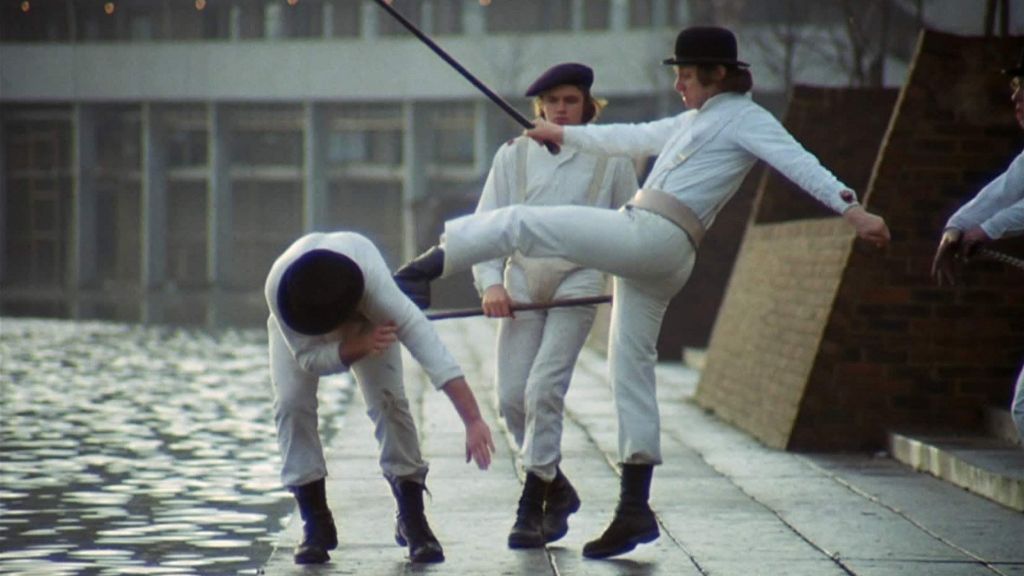 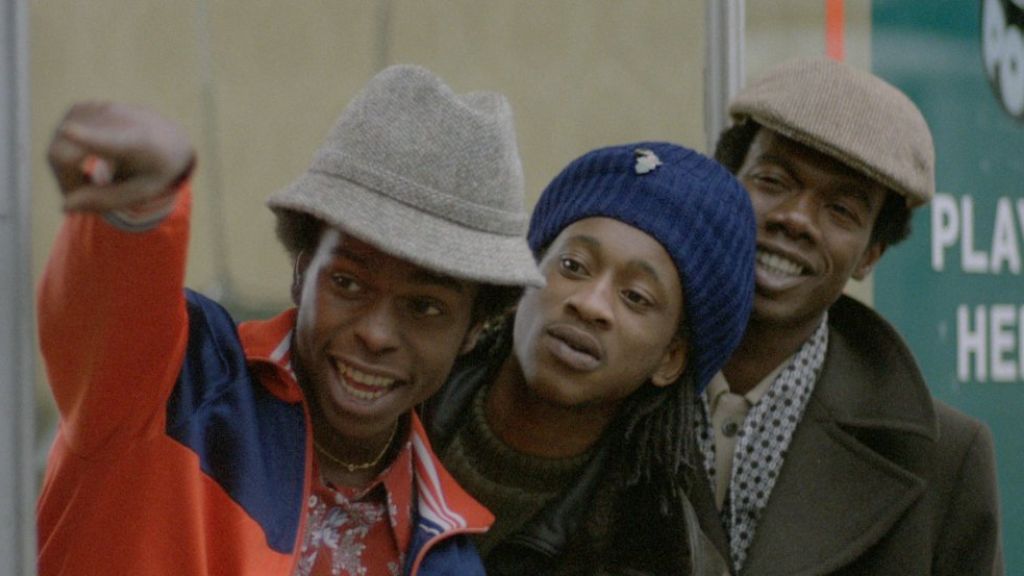 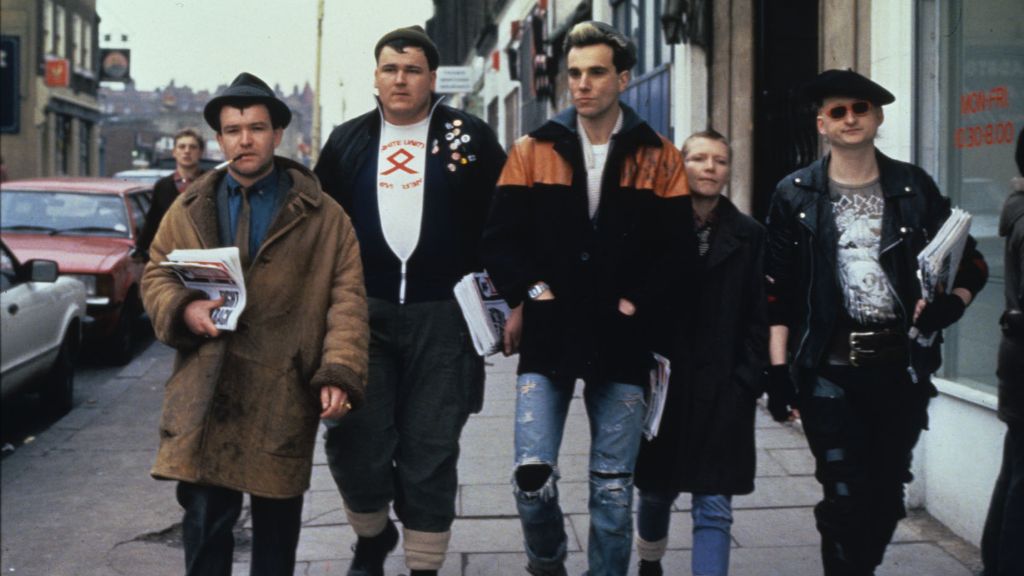 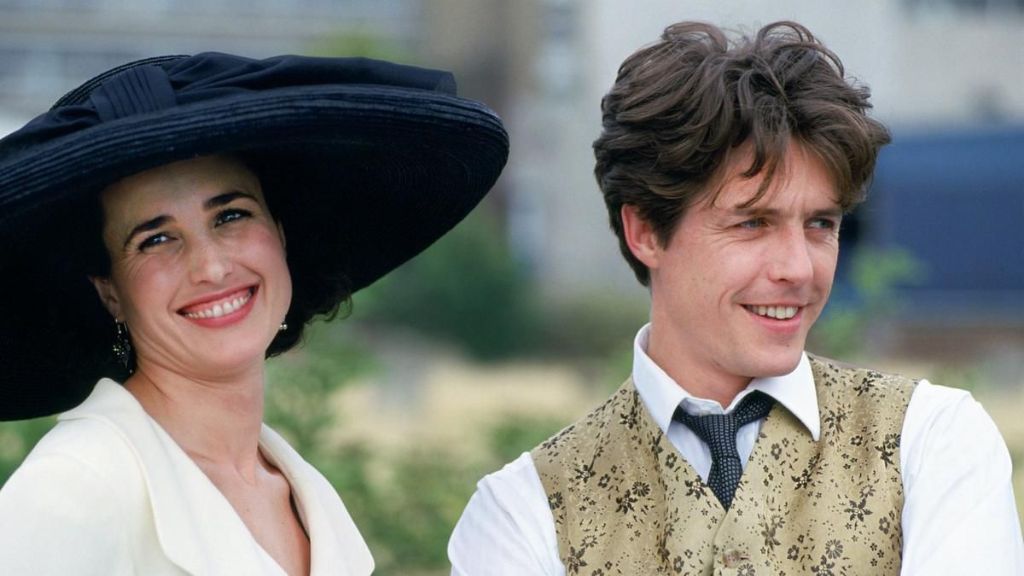 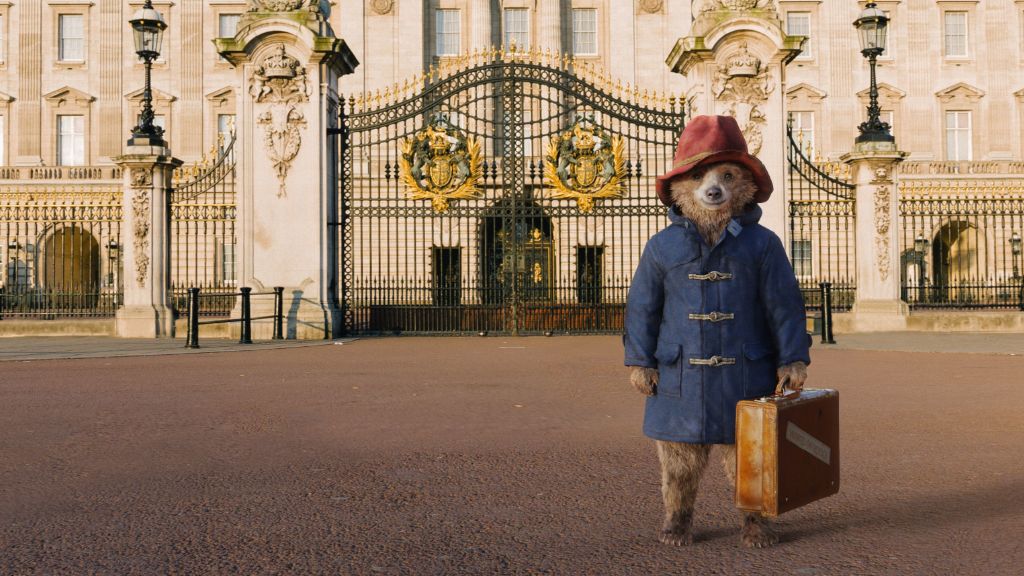 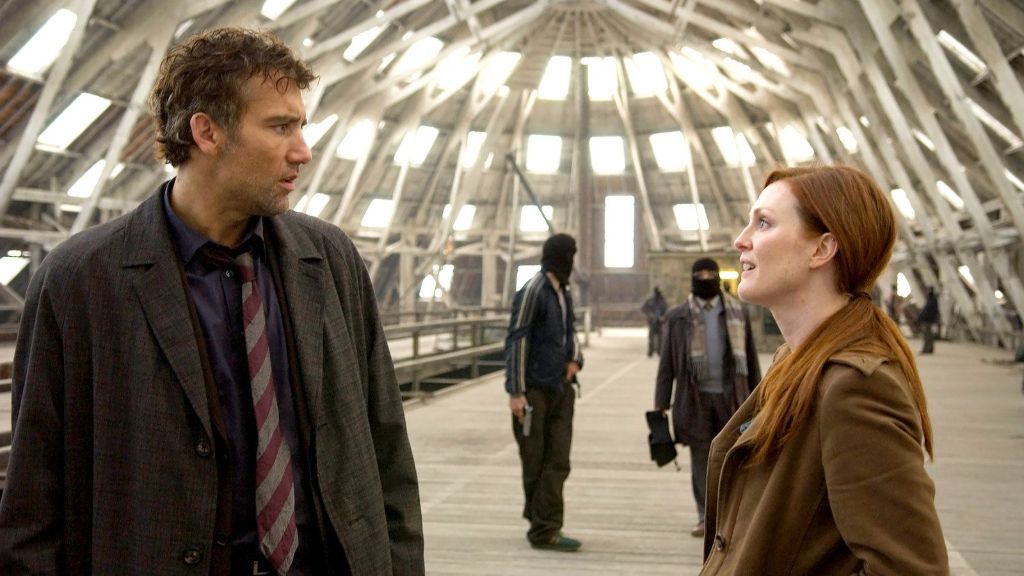 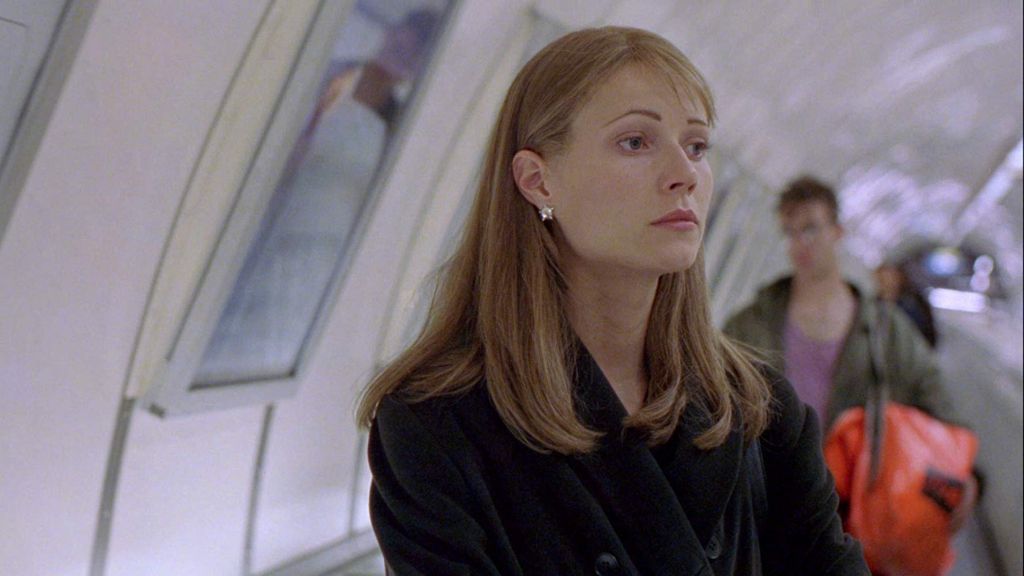