The monument has undergone several restorations, but much of its original form remains today. A visit to the mesmerising Hagia Sofia is a must if you are travelling to Istanbul. Because the Hagia Sophia is one of the greatest buildings in the world. Learn more about its history, architecture and the most up-to-date information for your travel.

Beauty is in the eye of the beholder. One look at Hagia Sophia Istanbul and you will know why it is one of the most exquisite buildings in the world. Hagia Sophia is a great place to visit due to its rich history and unique architecture. It rises above other structures as a masterpiece of beauty. Here are some facts to help you grasp why Hagia Sophia is so spectacular.

Hagia Sophia means “Holy Wisdom” in Ancient Greek. You may wonder how to pronounce Hagia Sophia. Hagia is pronounced as ‘Hai-yuh’. Pronouncing Sophia is pretty easy: It’s ‘suh-fee-uh’. I hope it helps!

It is named for its great dome, which was the height of human achievement at the time it was built. It was the largest cathedral in the world for nearly one thousand years. Hagia Sophia is considered one of the greatest architectural feats and has inspired many other historic buildings throughout Europe.

The Hagia Sophia was listed as a world cultural heritage site by UNESCO in 1985.

The interior space is monumental due to its sheer size and grandeur. It has the capacity of allowing 3-4 thousand people to pray at the same time!

The building is composed of 107 columns and a dome with a height of about 55 metres.

It is known that Hagia Sophia was the first building with both a central dome and basilica work.

Hagia Sophia was built in such a way that the light would fall on the floor through windows placed high up in the dome, illuminating the entire interior. 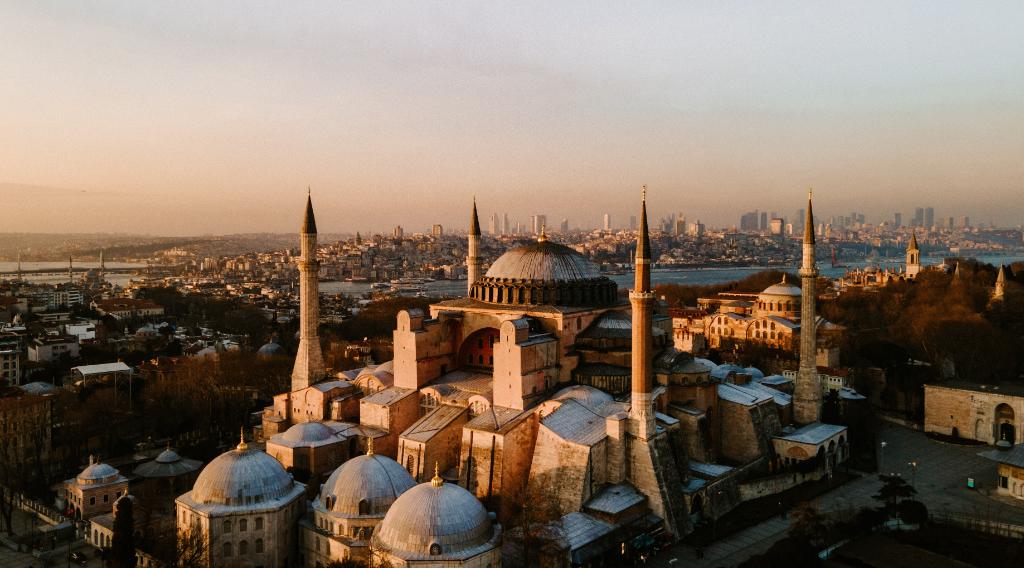 Hagia Sophia has been destroyed and rebuilt several times throughout its history. First construction of Hagia Sophia occured in 360. But unfortunately it received severe damages because of the fire in 404, and didn’t survive until nowadays. The Second Hagia Sophia was built by Emperor Theodosius in 415. Both the first and the second Hagia Sophias were ruined due to the riots.

For the third time, it was rebuilt by the order Emperor Justinian, who wanted it to be spectacular. It was built by architects Isidore of Miletus and Anthemius of Tralles with rapid progress between 532-537. Therefore, it also has taken place among the fastest constructions!

Even columns and other elements were imported from ancient cities including the ones located throughout the Mediterranean. If you would like to get to know ancient cities in Türkiye better, then please visit this article.

The architectural wonders you see today are mostly from this third version. There has been some damage in the texture of Hagia Sophia over years due to the earthquakes or so. However, these damages were fixed with restorations successfully. The building was expanded several times.

3. Sections of the Grand Mosque 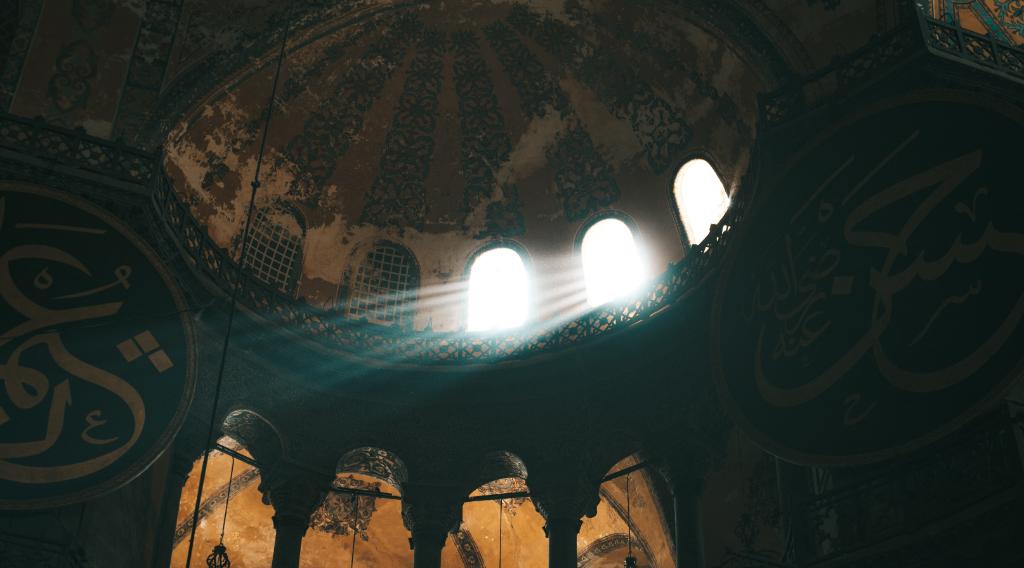 Hagia Sophia Grand Mosque will mesmerize you from top to bottom with its interior and exterior features. Here are some of the parts you’ll see in Hagia Sophia.

Interior of this magnificent building includes: Mosaiques, Miniatur art, Tile art, and Plates. The Exterior, on the other hand, will impress you with Fountain , Water dispenser, Tomb, Şadırvan, Sıbyan mektebi (old primary school), Library and reading room, Muvakkıthane – place to determine the time according to the astrology, Bath and Almshouse. 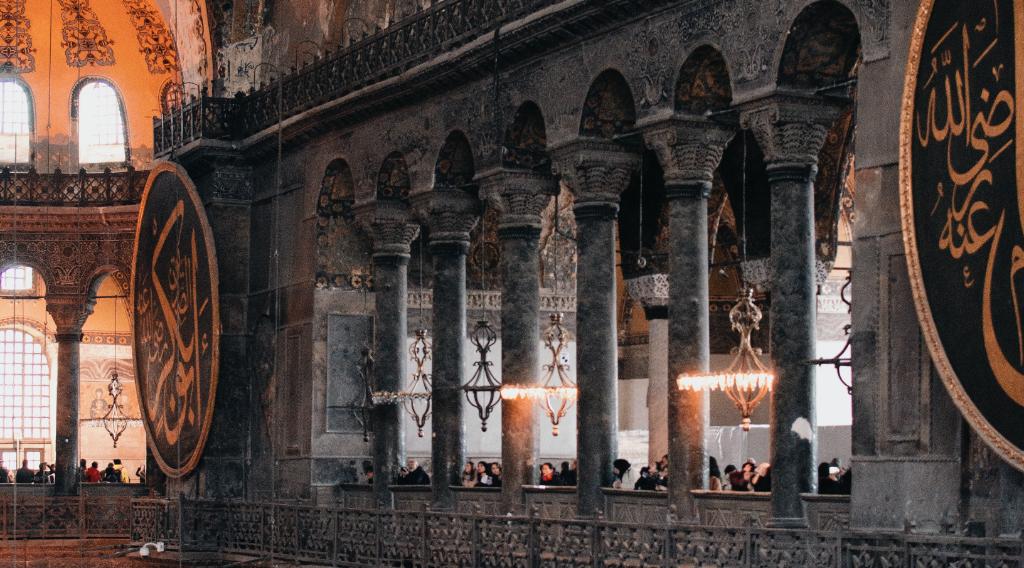 Touring Hagia Sophia is like taking a journey through time. So, please take your time to absorb it. Here is what awaits you in your Hagia Sophia tour.

At this point we recommend that you take off your shoes when you enter and dress more modestly in advance. Inside, a huge area with a huge dome and chandeliers awaits you. Don’t forget to look at the dome and the mosaics on it. Because Hagia Sophia is known for its beauty and the mosaics that adorn its walls. 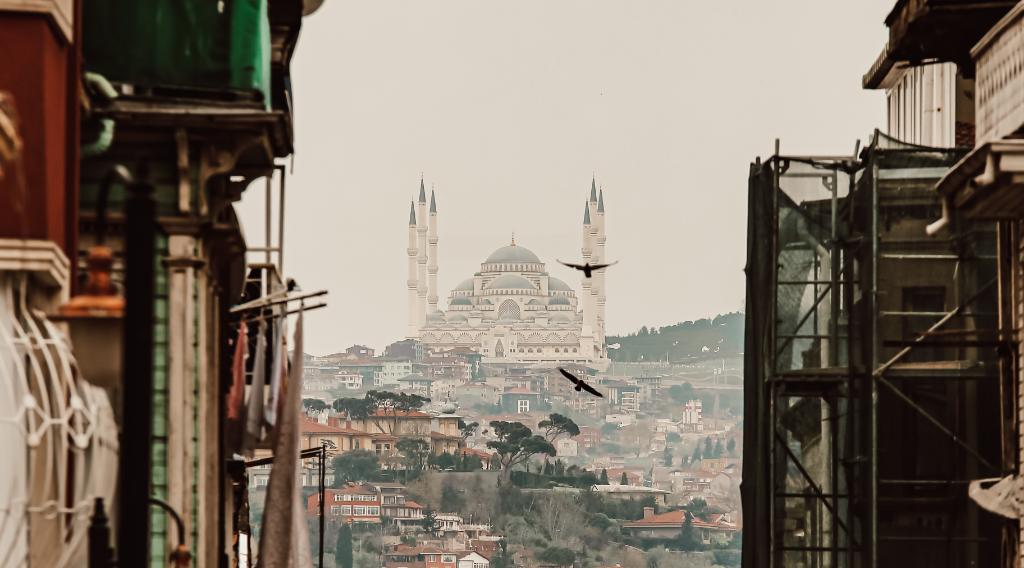 The square also embodies the rich history of the Grand Mosque. You can see people from different countries around the square. If you want to spend more time around Sultanahmet Square, check this trip plan with bikes!

6. How to get to Hagia Sophia? 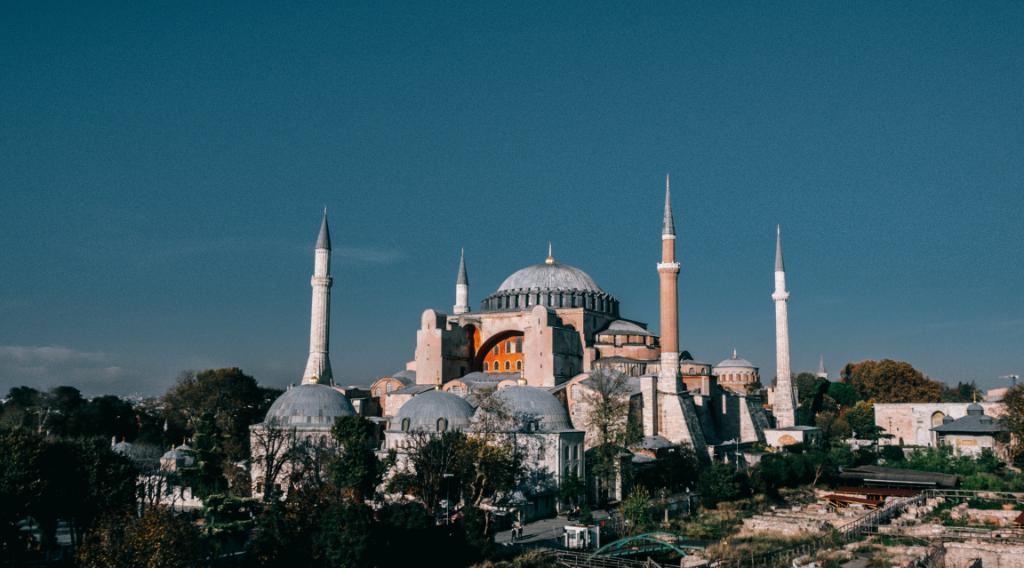 Marmaray: To reach Hagia Sophia from Üsküdar, you can use Marmaray. You should get off at Sirkeci stop. Then take the tram. Get off after two stops.

Of course, you can get to this marvellous grand mosque by your private car or taxi. Here is the location. 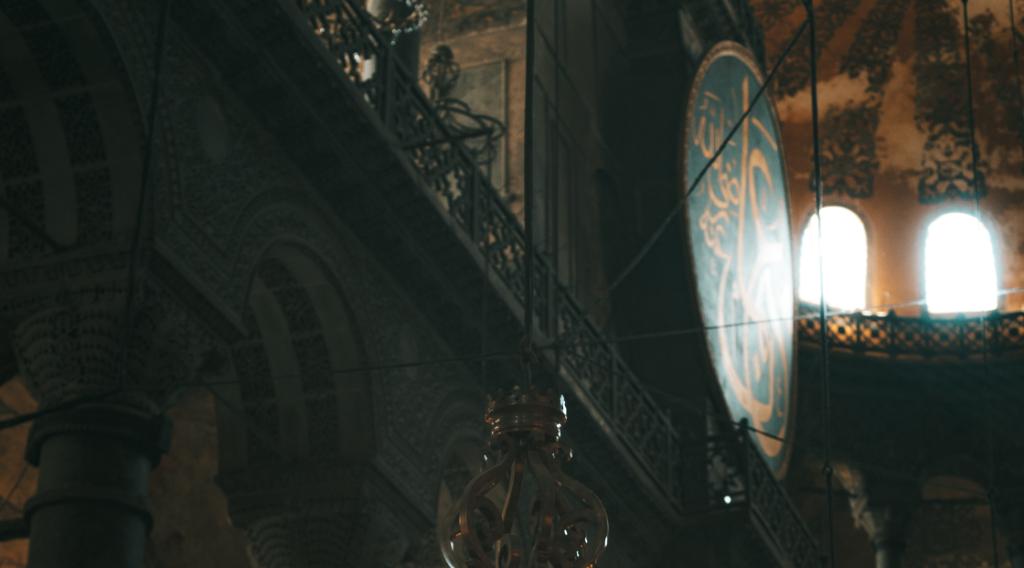 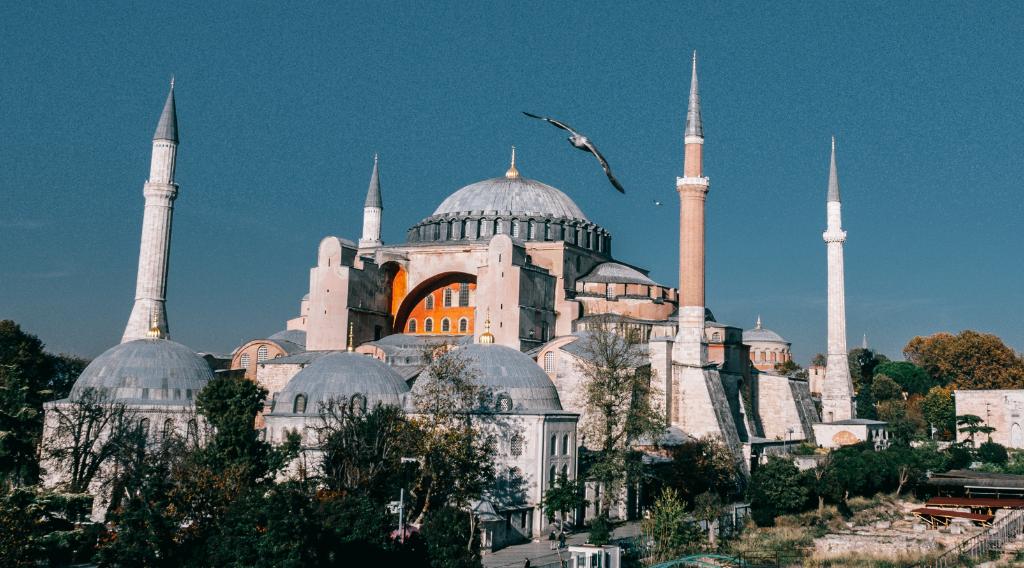 Hagia Sophia is open to its visitors 24/7. Therefore, you can enjoy this architectural wonder and feel its ages-old-spirit any time you want and arrange your Hagia Sophia program accordingly!

9. Hagia Sophia How Much Time Needed To Visit 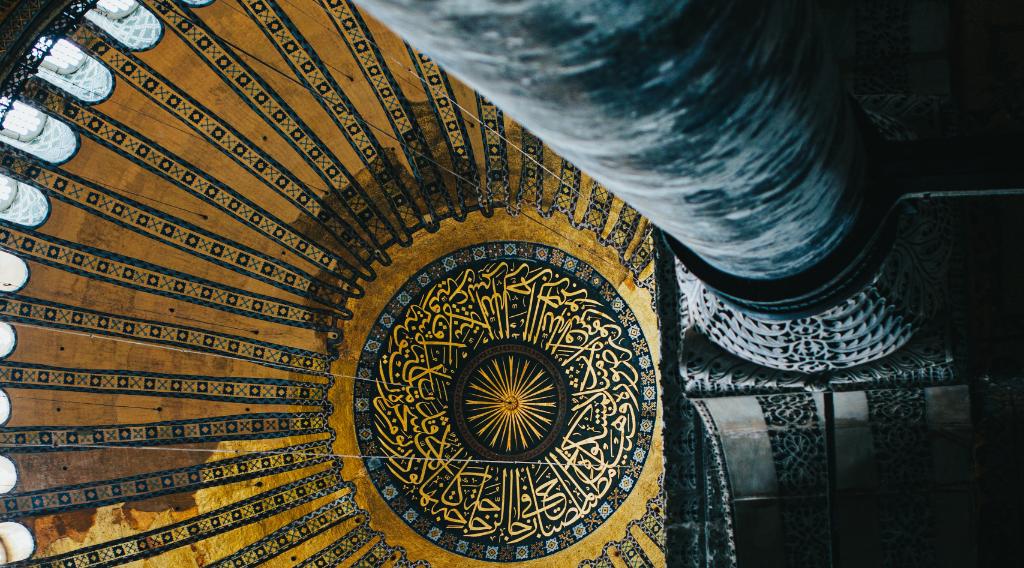 You’ll want to bring a lot of time to visit this historical and architectural wonder! How much time needed to visit Hagia Sophia depends on you. One hour would be enough for a quick tour, but if you want to observe each detail, then it can take several hours.