The Magical History and Legends of Istanbul’s Basilica Cistern

There is a very mysterious place in Sultanahmet, the heart of Istanbul: Basilica Cistern. The Cistern was also used as a venue in many movies and series. Did you watch Inferno, the movie starring Tom Hanks? It was shot in 2016, adopted by Dan Brown’s book. One of the main venues of that movie was Basilica. Basilica Cistern Istanbul or Basilica Palace is one of the most important structures in the history of Istanbul. The features of the columns inside, and the Medusa head, which is especially inverted, attract a lot of attention. There was a basilica where this cistern was built. For this reason, the cistern is called the Cisterna Basilica. Would you like to have some more detailed information about this place, which is just across Hagia Sophia, that you can visit during your trip to Sultanahmet, and to know the legends and mysteries about it? Tripster travelers researched and compiled for you. Here is the story of this mysterious cistern: 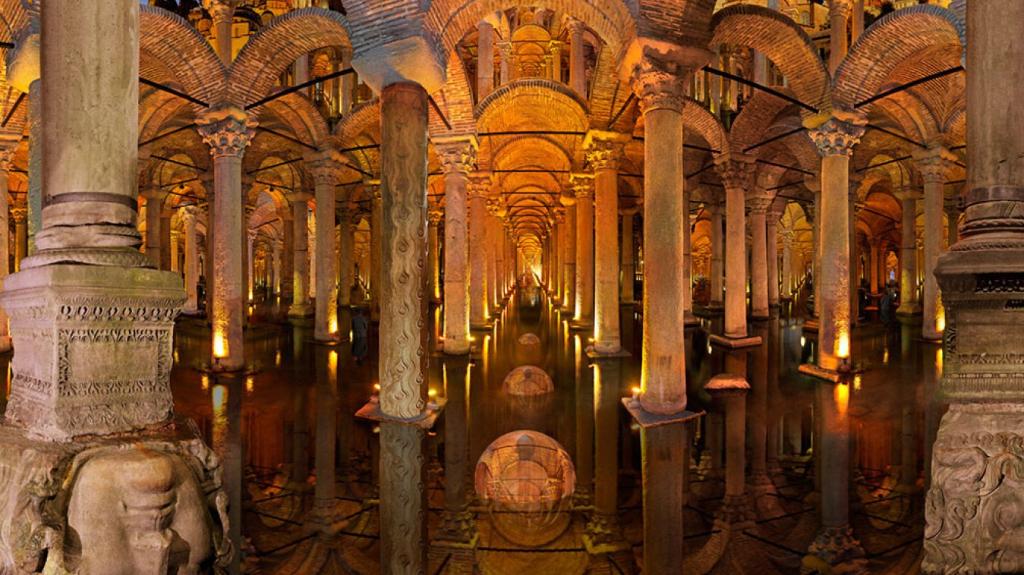 In order to meet the water needs of the cities, structures built underground are called cisterns. Cisterns are distributed for storing rainwater and freshwater transported here, for the residents of the city to use. Especially in cities where water is difficult to obtain, these cisterns made to supply water are used to meet the water needs of the entire city. It is said that there are an estimated 200 Istanbul cistern structures. Only 6 of them are open to visitors. The biggest of these is here with the Basilica Cistern history and Basilica Cistern architecture. Basilica Cistern Istanbul, the most visited museum in Türkiye ranks third.

2. How Was The Basilica Cistern Found? 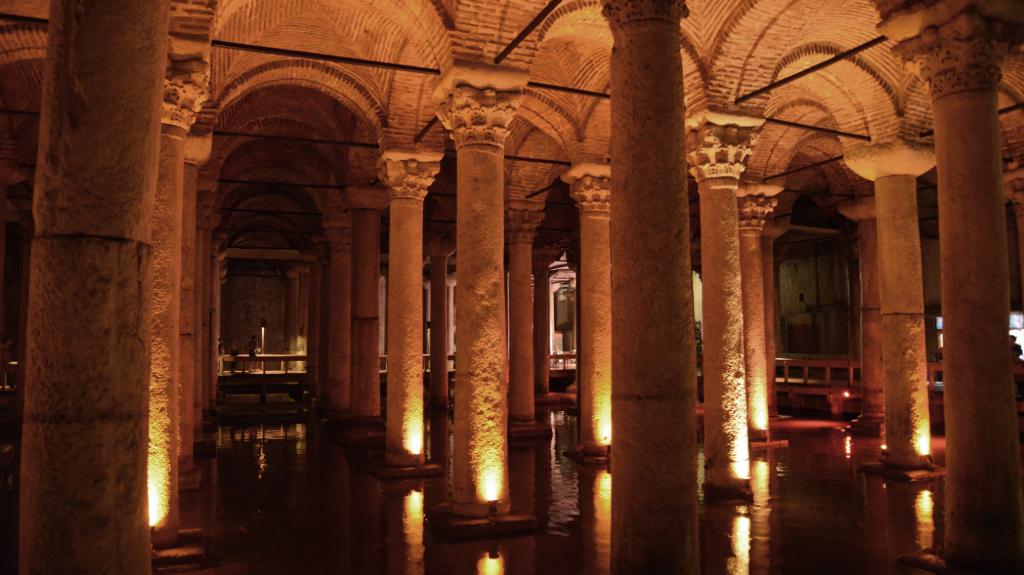 The cistern was left alone for a long time after the conquest of Istanbul. It was discovered by the Dutch traveler P. Gyllius who came to explore the Byzantine ruins in the mid-16th century. While walking around Hagia Sophia, P. Gyllius heard and observed that the people living here were getting water from the wells inside their homes and even fishing. He entered the cistern with a torch in his hand from the stone-lined courtyard of a wooden building on a large underground cistern. P. Gyllius traveled with a cistern under very difficult conditions and took his measurements and determined the columns. He announced all these determinations to the world by writing in his travel book. The Cistern was thus known. 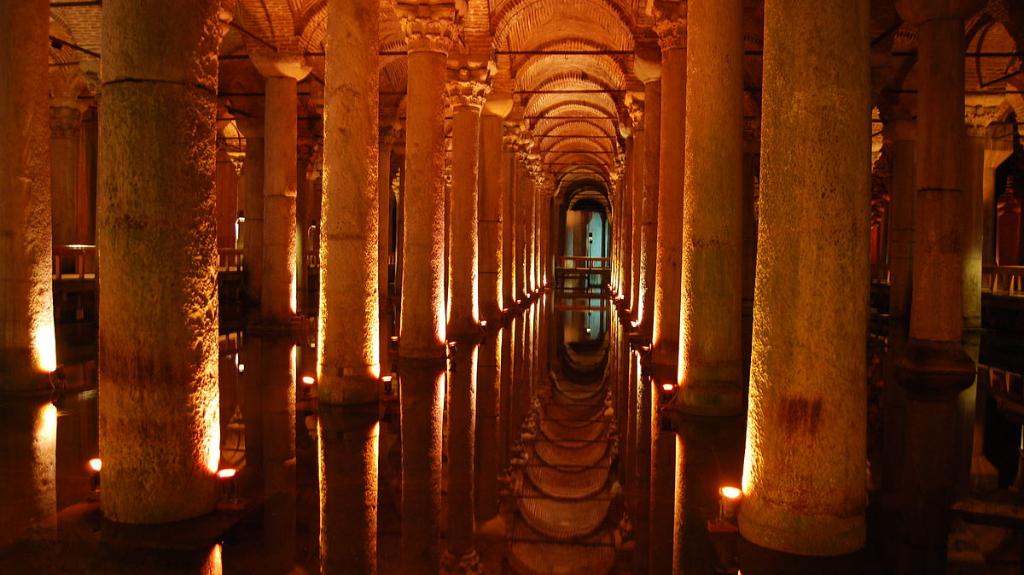 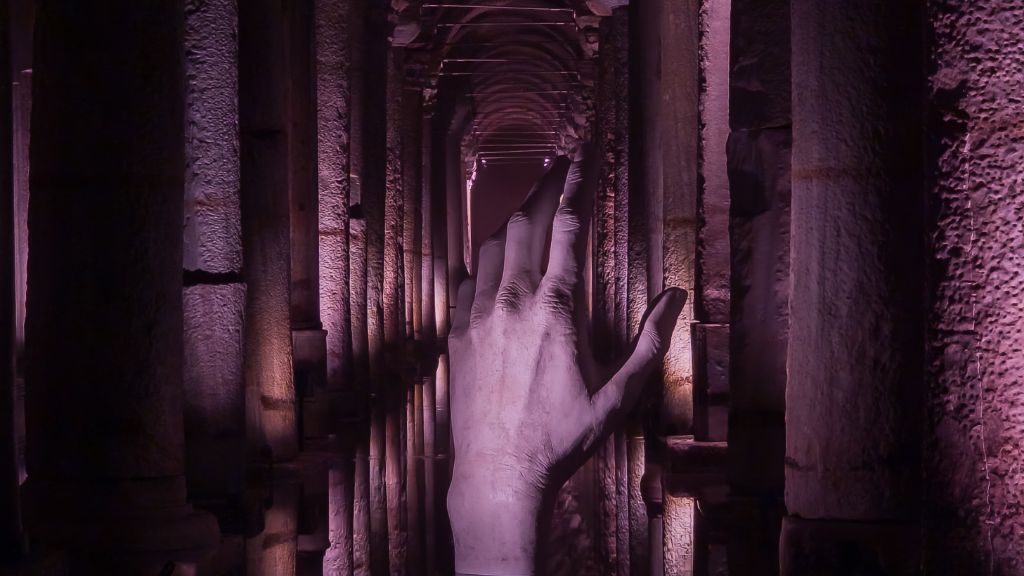 And the Basilica Cistern architecture? The cistern is a giant building covering a rectangular area of ​​140 meters in length and 70 meters in width. Covering a total area of ​​9,800 square meters, this cistern has a water storage capacity of approximately 100,000 tons. There are 336 columns, each 9 meters high, in this cistern, which is descended by a stone staircase with 52 steps. These columns, which are located 4.80 meters apart, form 12 rows, each containing 28 columns. Most of the columns, most of which were found to be collected from older structures and carved from various types of marble, consist of a single piece and some of them consist of two pieces. The titles of these columns have different features in places. While 98 of them reflect the Corint style, some of them reflect the Doric style. The vast majority of the columns in the cistern are cylindrical, except for a few of them in angular or grooved form. Since the 8 columns located in front of the northeastern wall towards the middle of the cistern were exposed to the risk of breaking during construction made in 1955-1960, each of them was enclosed in a thick concrete layer and thus they lost their former features. The ceiling space of the cistern was transferred to the columns by means of arches. The walls of the cistern, which are made of brick, 4.80 meters thick and the floor with brick floors, are plastered with a thick layer of Horasan mortar and made waterproof. 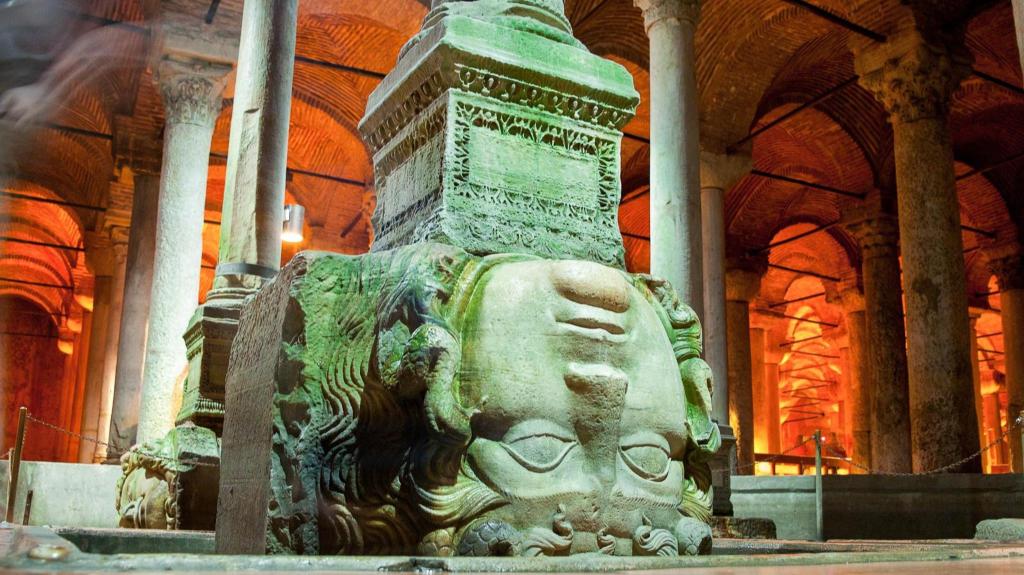 In the northwest corner of the cistern, there are two Medusa heads under two columns. These two sculptures are one of the Roman masterpieces. Medusa heads used as a base under these columns are unknown where and how they were brought. According to legend, Medusa is one of three Gorgons, the female monster of the underworld in Greek mythology. Of these three sisters, Medusa, the head of a snake, has the power to turn those who care for her into stone. According to one view, Gorgona paintings and sculptures were used to protect large buildings and private places at that time, and that is why Medusa’s head was placed.
According to another rumor, Medusa was a girl who boasted with her black eyes, long hair and a beautiful body. Medusa loved Zeus’ son Perseus. Meanwhile, Athena liked Perseus and was jealous of Medusa. That’s why Athena turned Medusa’s hair into snakes. After that, everyone who caught the eye with Medussa turned to stone. Later, Perseus cut off Medusa’s head and took advantage of her power to defeat many enemies. Based on this, the Head of Medusa was engraved on the sword hilt in Byzantium and placed opposite to the column bases. The reason it is placed upside down is the fear of rumor. Medusa Heads are what are making Basilica Cistern architecture more breathtaking! 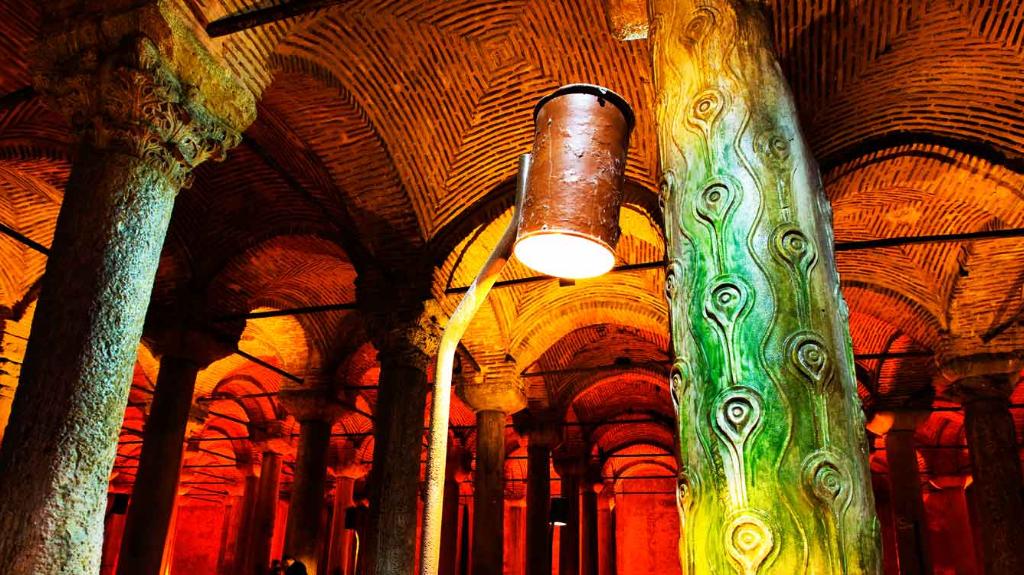 Also, Basilica Cistern architecture has a column in the underground palace, which immediately stands out among the others: Because there are tear-like shapes on this column, and the column “cries” like it never stops. More than 7000 slaves worked in the construction of the palace. Hundreds of slaves died. According to legend, this column was made for slaves who died. It is said that the crying sounds of these slaves were heard after the palace closed the visit. This is too mysterious! You can make a wish by throwing money in the water in front of this column.

Basilica Cistern is an important museum that you should visit during your Sultanahmet trip. The cistern is also a very important place in Istanbul’s cultural and artistic life. Various concerts and recitals are held here. You should definitely visit here, you should come to the eye with Medusa heads. Believe me, the legend is coming true: You are frozen in front of their beauty. 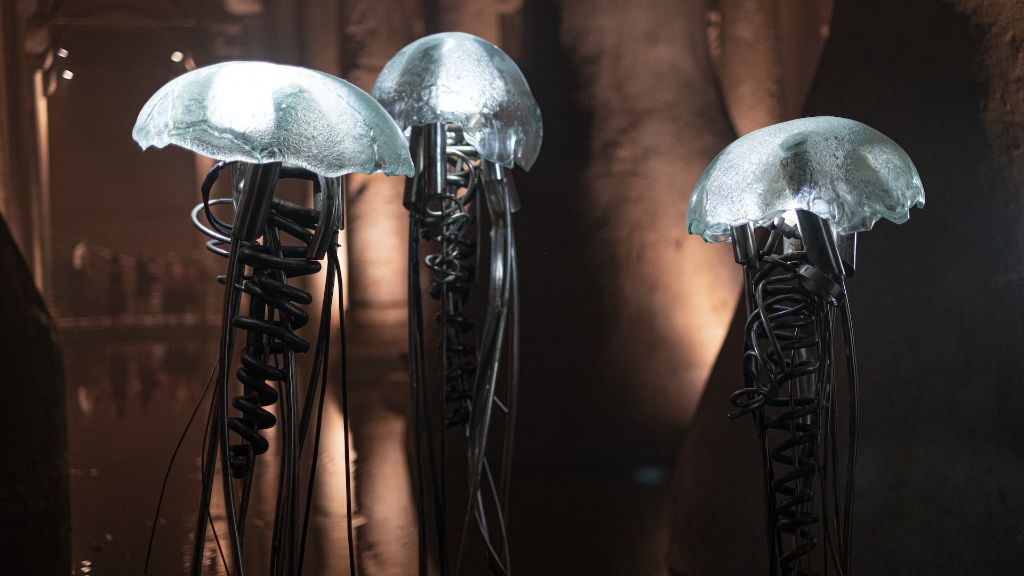 Basilica Cistern history can be visited every day 09:00 – 19:00. You can buy an online ticket not to wait on the line. Basilica Cistern is reopened in July 2022 after a big renovation and now hosting both locals and travellers every day. Also, check the calendar to see if there is any activities such as concerts, causeries and more! Right now, there is an exhibition which is fascinating in the Basilica Cistern architecture.

If you are looking for a guided tour and skip the line to visit this place, you can take a look at these tours we have chosen. Also, don’t forget to buy a museum pass, which is not valid in the basilica cistern, but it may be useful in other museums. It’s pretty cheap this way: